Cuban economists work to contain inflation with a social vision 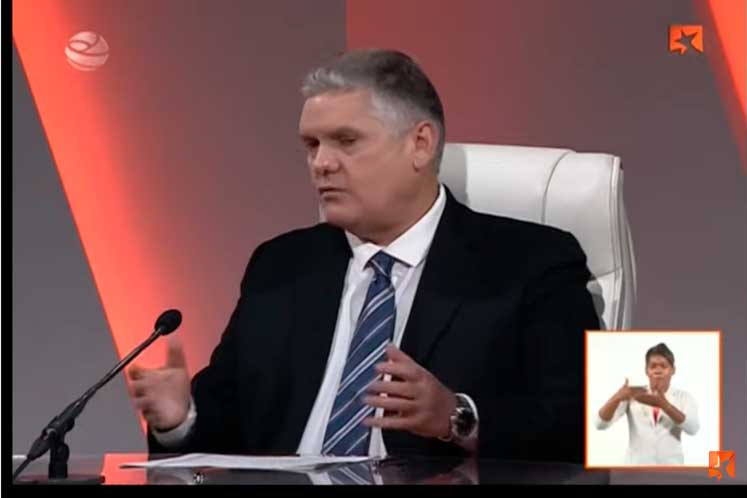 Havana, February 10 (RHC)-- Everything that is done in Cuba to contain inflation will be to increase the supply of products and never stop prioritizing and attending to the population, Deputy Prime Minister Alejandro Gil said Thursday evening on the Mesa Redonda TV program.

Explaining that this phenomenon is the subject of more debate and popular concern and of permanent attention by the country's leadership, he said that there are no real possibilities of solving it in the short term and what is needed is to move forward in increasing production, and prioritize the items that go directly to the supply such as food and toiletries.

In addition, to achieve efficiency in marketing and encourage producers, first and foremost agricultural producers, in which favorable progress is already being made.

He pointed out that, unlike other countries, in Cuba the electricity tariffs were not altered despite the rise in the price of a barrel of oil, nor were the prices of fuel, communications and the products of the regulated family basket, and other products released in Cuban pesos, such as chicken and oil.

The Minister of Economy and Planning also explained in the Round Table space that the solution cannot be a new wage increase, which would increase the liquidity in the hands of the population and would increase the value of products and business costs, so it is not an alternative, nor is price ceilings.

Gil clarified that a very present element in inflation is the black or illegal market of dollars, something that cannot be solved by the State with the sale of this currency in a stable manner, something almost impossible even at a floating rate, since for this it would have to allocate the necessary finances to assure the importation of basic items for the people.

The idea is to seek a containment without measures that drain the resources of the State and stop protecting the most vulnerable people, for whom inflation is a greater pressure to acquire basic goods.

Besides, he insisted, we have the social commitment to ensure education, health, the expenses of the Covid-19 confrontation and the attention to the people with less income, he reiterated.

The Minister of Economy pointed out that all possible alternatives are being studied, but the most important thing is to advance in the recovery of the economy and tourism.