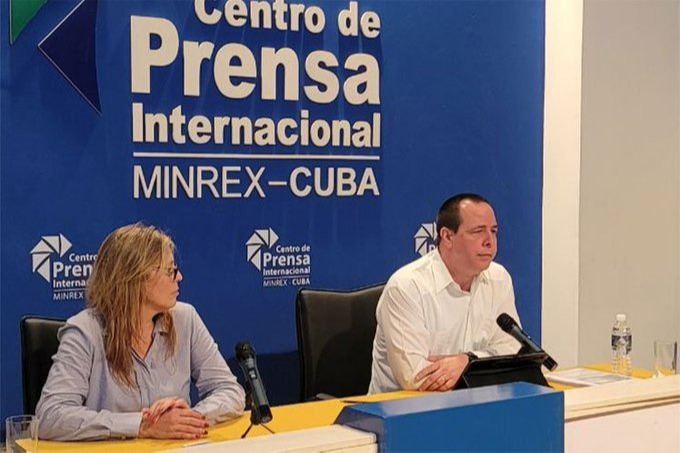 Havana, July 15 (RHC)-- Cuban Public Health Minister, Dr. Jose Angel Portal Miranda, called on the population to take extreme measures to control the dangerous dengue vector and stressed the awareness and involvement of the family and the neighborhood is vital.

"Cuba has experience managing dengue fever, and the Health system is prepared to assimilate the number of cases. However, what we do not do now can complicate the epidemiological scenario in the coming months, which are the most complex of this disease transmitted by the Aedes aegypti mosquito," Dr. Portal Miranda told the press.

He pointed out that, at the end of June, the provinces with proven transmission were Havana, Sancti Spíritus, Camagüey, Las Tunas, Holguín, Santiago de Cuba, and Guantánamo.

As of June 10, he said, there were a total of 3 036 cases of dengue fever in the country, with a circulation of serotypes 1, 2, and 3 of the virus, with an incidence rate of suspected cases that grew by 42.0% compared to the previous year, while 12 provinces increased this indicator.

He called on the population to take extreme measures to control the dangerous vector, particularly the destruction of mosquito breeding sites, in which the work of the family and the neighborhood is vital.

Portal Miranda emphasized the importance of knowing the symptoms and going immediately to the health services.

"This is an arbovirosis that can also kill, in a context in which COVID-19 has not ended, so the perception of risk in the population remains essential."