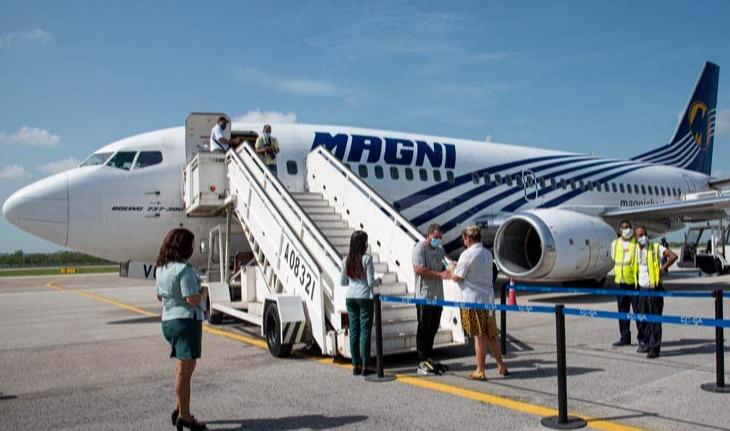 Havana, July 15 (RHC)-- The Mexican government returned 47 irregular migrants to Cuba on Friday, in the 27th air operation this year, in compliance with bilateral agreements on this issue.

With this group, there are now 1,410 citizens who have been returned to the Caribbean island who used Mexican territory as a way to reach the United States, Cuban television reported.

The U.S. has the most significant number of returnees in operations similar to today's, with 2,529 people returned, mainly by sea.

According to Cuban authorities, 95 operations by sea and air have been carried out, totaling 4,201 irregular migrants returned.

In addition to Mexico and the United States, the Bahamas and the Cayman Islands are involved in these actions.

The migrants returned on Friday received health care according to international protocol.

Cuba reiterated in various scenarios its commitment to safe and orderly migration. It insisted on the dangers of irregular migration, which places people as victims of kidnappings, accidents, extortion, and human trafficking.