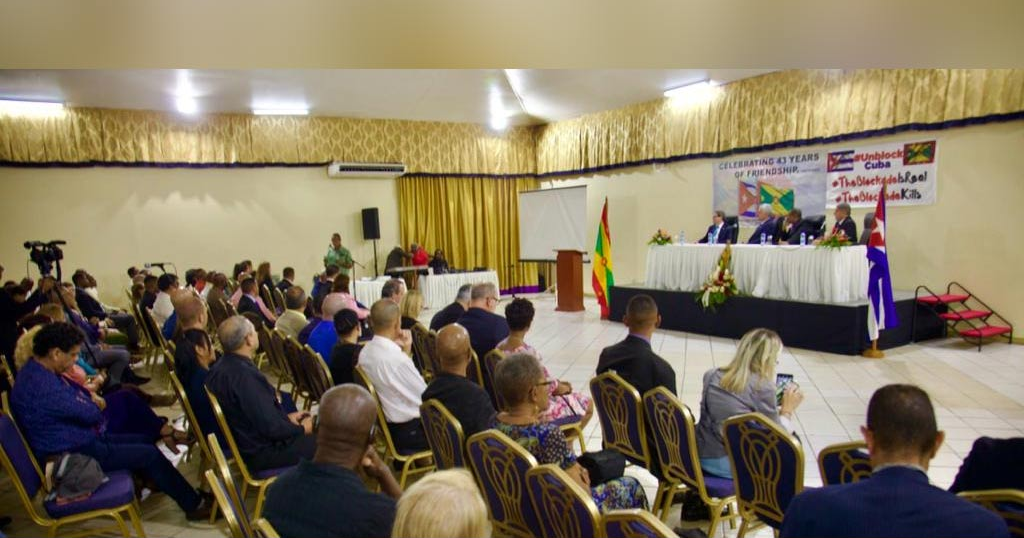 Saint George, Nov 8 (RHC) Cuban President Miguel Díaz-Canel highlighted Thursday the ties of brotherhood that unite his country with Grenada, on the occasion of his official visit to this Caribbean nation, where he will conclude his tour of the region.

Through his Twitter account, the Cuban head of state informed about his meeting with the leader of the New National Party, Keith Mitchell, whom he thanked for his invariable position in rejection of the U.S. blockade and solidarity with the people of the largest Antillean Island.

During his stay in Grenada, the Cuban president confirmed the common will to strengthen bilateral cooperation and work together for Caribbean unity and integration, in meetings with the president of the Senate, Dessima Williams; Leo Cato, speaker of the House of Representatives, and the governor-general, Cécile Ellen Fleurette.

Díaz-Canel began his Caribbean tour last December 3 in Saint Vincent and the Grenadines and attended in Barbados the VIII Caricom-Cuba Summit, held in the context of the 50th anniversary of the establishment of relations with several nations of the area.

During his visit, Díaz-Canel held official conversations with his hosts and met with parliamentary leaders, members of the Cuba solidarity movement, academics, businessmen, and government officials.

Cuba established diplomatic relations with Jamaica, Guyana, Barbados, and Trinidad and Tobago on December 8, 1972, putting an end to U.S. attempts to isolate Cuba from the region.

Throughout these years, collaboration with the Caribbean community has been centered in key areas, such as health, education, agriculture, and the fight against climate change. (PL)