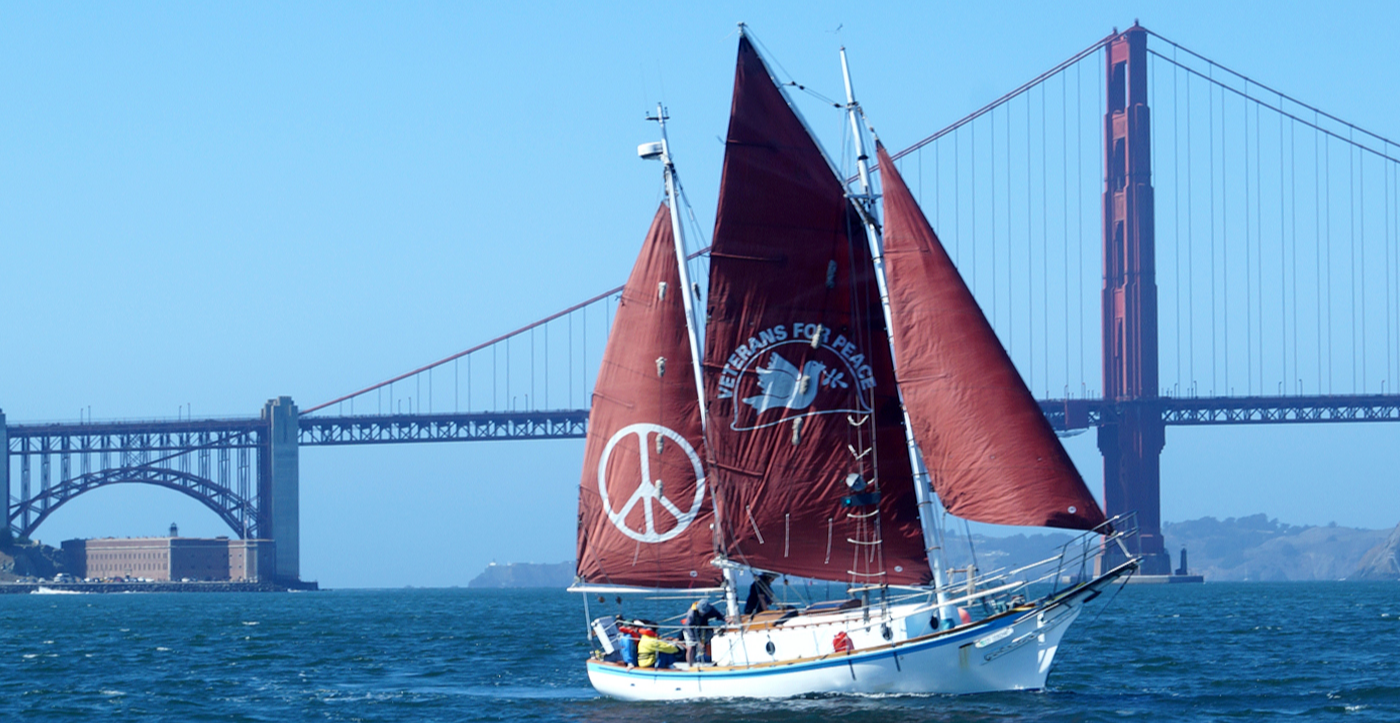 Golden Rule is spreading the word about the UN Treaty on the Prohibition of nuclear weapons.

Washington, Dec 30 (RHC) The historic anti-nuclear sailing ship Golden Rule set sail Friday for Cuba with a crew of Veterans for Peace who are calling for an end to the U.S. blockade against the Caribbean country.

The 34-foot wooden boat left this Friday from Key West, Florida, and will arrive tomorrow at the Hemingway Marina in Havana on “an educational and humanitarian mission,” said Helen Jaccard, director of the Golden Rule Project.

She explained that they have been traveling through the United States for three and a half months and when they saw that they would be in Key West at the end of December they decided to include Cuba due to its geographical proximity and because it was the scene 60 years ago of the Missile Crisis (1962) when the world was on the edge of nuclear war.

But “60 years later, the United States continues to maintain a brutal economic blockade against Cuba, strangling its economic development and causing suffering to Cuban families,” said Gerry Condon, former president of Veterans for Peace, and part of the crew.

“The entire world opposes the US blockade of Cuba and it is time for it to end,” he stressed, noting that “now, the confrontation between the United States and Russia over Ukraine has once again raised the specter of nuclear war.”

The five crew members of the boat were joined by members of Veterans for Peace who are traveling to the capital of the largest of the Antilles to participate in an educational Art and Culture program coordinated by the Proximity Cuba travel agency.

The group will visit communities that suffered extensive damage from the recent Hurricane Ian, which destroyed thousands of homes in the western province of Pinar del Río in September, in the west of the Caribbean country, and will bring humanitarian aid to the victims.

Golden Rule is publicizing the UN Treaty on the Prohibition of Nuclear Weapons and rallying support for local initiatives to pressure the US government to join the growing number of countries that have signed and ratified the Treaty agreement.

The conflict in Ukraine dealt a severe setback for peace lovers and highlights the real possibility of nuclear war, the project said on its official website.

The members of the Golden Rule are heirs to the original four-man crew that in 1958, attempted to sail to the US nuclear testing site in the Marshall Islands.

The ship was restored after five years by Veterans for Peace and friends and set sail again in June 2015, since then it has been sailing for peace and disarmament. (Source: PL)