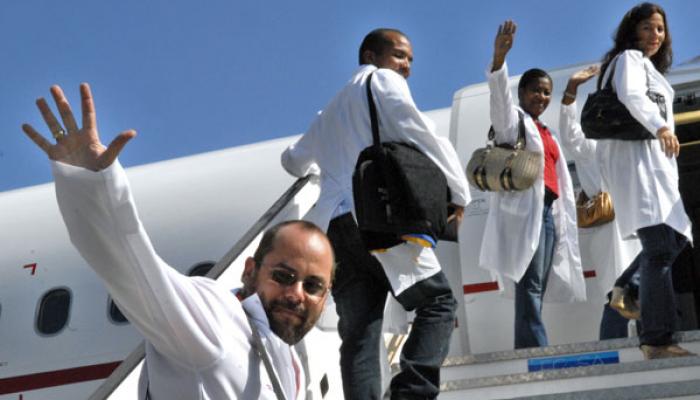 Havana, October 2 (RHC) -- Cuban President Raúl Castro sent off 165 health specialists who were flying to Sierra Leone to join the battle against the Ebola virus outbreak which has caused thousands of deaths in West Africa.

This morning's edition of Granma newspaper reported that the president shook hands at the foot of the plane's stairs with each one of the Cuban collaborators, who left to comply with the sacred duty of saving lives.

The group is made up of 63 doctors and 102 nurses and medical specialists with more than 15 years of experience. About 80 percent of them have previously carried out international health service, mainly in Africa.

Executives of the health brigade to Liberia and Guinea are also traveling to prepare the basic conditions prior to the arrival of the Cuban collaborators in both countries.