Spain's Foreign Minister in Cuba for Bilateral and Regional Talks 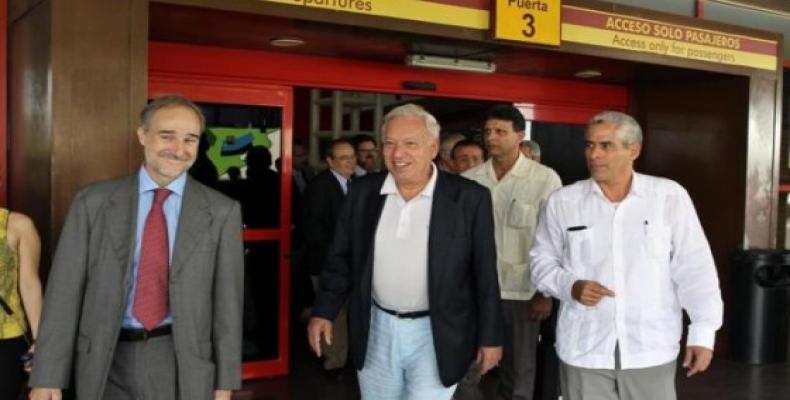 Havana, November 24 (RHC-LAHT) – Spanish Foreign Minister Jose Manuel Garcia-Margallo has arrived on his first official visit to Cuba, where he will discuss bilateral relations and regional and international issues with his hosts.

Garcia-Margallo arrived in Havana on Sunday and began his official agenda on Monday on the first visit to Cuba by a Spanish foreign minister in four years.

Upon his arrival in the Cuban capital, Garcia-Margallo said that most of the agenda will focus on reviewing regional and international issues such as the upcoming Ibero-American Summit in Veracruz, Mexico.

Current negotiations between the European Union and Cuba to reach a bilateral agreement, Spain’s role as a non-permanent member of the UN Security Council and the revitalizing of conferences between the EU and the Community of Latin American and Caribbean States are also to be discussed.

During his visit, which concludes on Tuesday, Garcia-Margallo is expected to meet with his Cuban counterpart, Bruno Rodriguez, Foreign Trade Minister Rodrigo Malmierca and Cuban Vice President Ricardo Cabrisas.