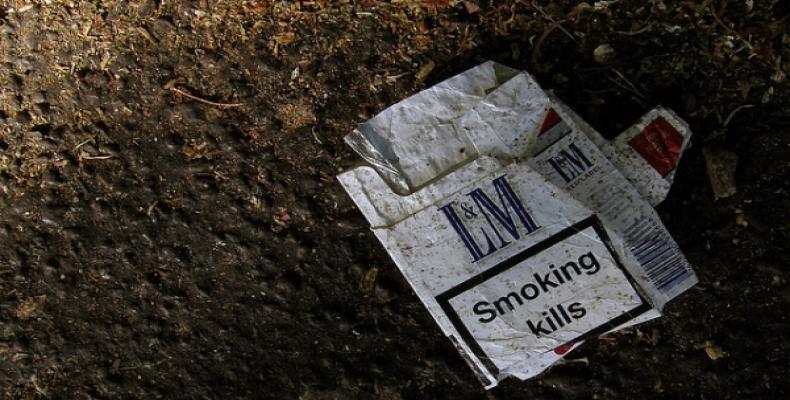 Havana, May 22 (RHC) -– The smoking habit is considered to be the non-genetic disease that most affects life expectancy in Cuba, said an epidemiologist in Havana.

During a news conference prior to World No Tobacco Day on May 31st, Doctor Patricia Varona from the Cuban Hygiene and Epidemiology
Society said that the disease of smoking is preventable.

Cuba is the country of The Americas in which children are most exposed to smoke at home, while over 50 percent of Cuban families are exposed to the smoke of others with the habit, Doctor Varona said.

The local tobacco industry makes more than 300 million dollars annually and employs some 250,000 people, which makes it a major economic sector.

According to the Cuban Health Ministry, 36 Cubans die each day from tobacco-related diseases. A survey in 2011, revealed that 24 percent of nine million Cubans interviewed on the occasion were smokers, and the figure was expected to grow.

Recent studies in the United States say that there are 30 tobacco-related diseases, including bone conditions and diabetes.

The news conference, held at health promotion and disease prevention center in Havana, was attended by professors and researchers and health authorities.