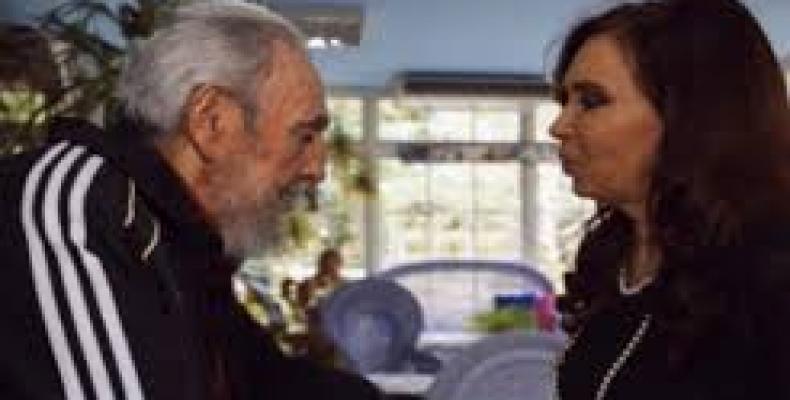 Havana, September 21 (RHC)-- Argentinean President Cristina Fernandez held a brief meeting with Pope Francis after his Mass in Havana on Sunday and visited Cuban Revolution leader Fidel Castro at his residence, before returning to Buenos Aires.

The Argentinean president said that when she met with the Pope, “we asked for our usual wish: that I pray for him and that he prays for me.”

In statements to reporters covering the visit of the Pope to Cuba, Fernandez described the presence of the Holy Father in Cuba as a real symbol for the world. This was the seventh time that the Argentinean President and Pope Francis have met since 2013.

Cristina Fernandez visited Cuba at the invitation of President Raul Castro, with whom she met at the Revolution Palace in Havana on Saturday. She described her meeting with the Cuban head of state as very good and added that they exchanged views on international and regional issues.

This was the fourth official visit by Argentinean President Cristina Fernandez to Cuba since 2009.