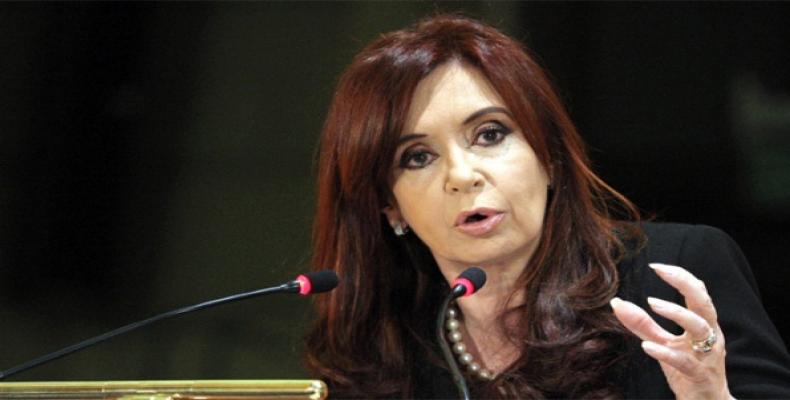 The magistrate subpoenaed the former head of state to testify as a potential defendant in a case centered on businessman Lazaro Baez, a long-time associate of Fernandez's late husband and predecessor, Nestor Kirchner.

Prosecutors say they are trying to determine whether Baez, Kirchner, Fernandez and members of their respective administrations conspired to rig the awarding of public works projects.  Cristina Fernandez, who declined to answer questions at Monday's hearing, said afterward that the accusations amount to a "terrible absurdity."  The prosecution alleges there was a plan to benefit Baez through the award of public works contracts in Kirchner's native southern province of Santa Cruz.

Speaking to reporters outside the courthouse, Cristina Fernandez cited the results of an audit that the $107 million spent on public works during her and her husband's presidencies was distributed among Argentina's provinces.

Amid the presence of police in riot gear, a large number of supporters of Cristina Fernandez came to the courthouse to show solidarity with the former president.