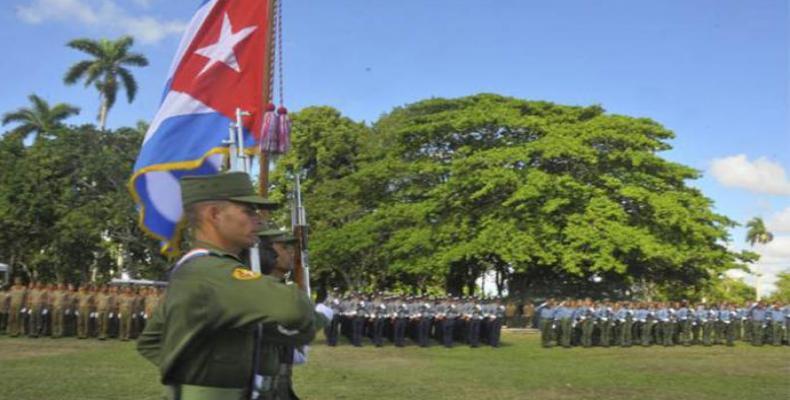 On the Angolan side, the ceremony was also attended by the country's Minister for War Combatants and Veterans, Cándido Pereira dos Santos Van-Dúnem, who conveyed a message of friendship and solidarity sent to the Cuban government and people by Angolan President José Eduardo Dos Santos.

Addressing those present, the Angolan official said that the tribute was a space to reflect on the historical significance of Operation Carlota, calling it a permanent source of inspiration and gratitude for which the Angolan and other African peoples are forever indebted to the Cuban people.

Triunvirato, located in today's Matanzas province, was the place where a rebellion of African slaves took place on November 5th, 1843. A female slave of Yoruba origin named Carlota stood out for her bravery during the revolt. She was brutally killed in the confrontation. As a tribute to her, Cuba's internationalist mission in Angola was named after her.

More than 300,000 Cuban troops and nearly 50,000 civilian collaborators participated in Operation Carlota. More than 2,000 of them gave their lives in combat.

Operation Carlota was decisive in consolidating Angola's independence in 1975 and also contributed to Namibia's independence, which was finally achieved in 1990.