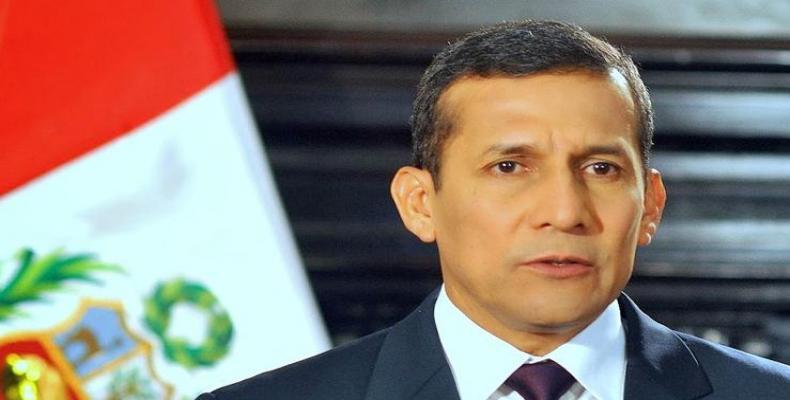 Havana, February 18 (RHC)-- Ollanta Humala Tasso, President of Peru, arrives Thursday on an official visit to Cuba.  According to this morning's edition of Granma newspaper, Humala will hold talks with Cuban President Raul Castro and develop other activities.

Ollanta Humala was born on June 27, 1962.  He is married to Nadine Heredia and they have three children.  Before joining the Peruvian Army Officer School in 1979, he studied animal husbandry at the Universidad Nacional Agraria La Molina.

In 2001, he received a MS degree at the School of the Center for Higher National Studies (CAEN) on National Defense.  In 2002, Humala completed a Masters in Political Science from the Pontificia Universidad Catolica del Peru.  He served as a military attache in France, where he began a PhD at the Center for Advanced Studies for Latin America.

In 2005, with his wife, he founded the Partido Nacionalista Peruano.  In June 2011, he was elected Constitutional President of the Republic, a position he assumed on July 28, 2011.