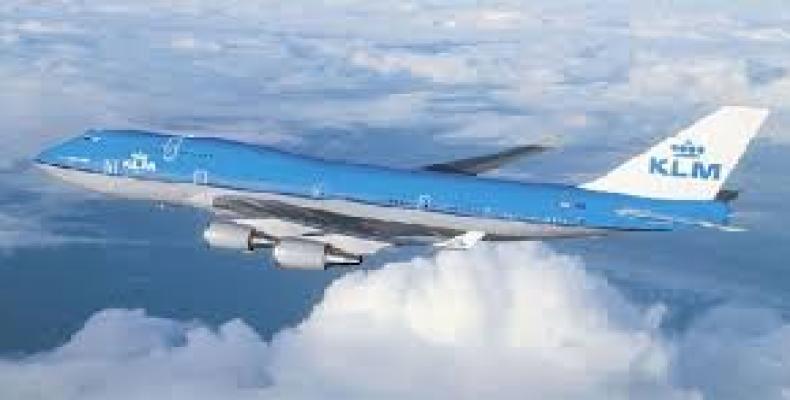 Havana, May 12 (RHC)-- KLM Royal Dutch Airlines will increase flights to Havana starting from October 30, 2016, when it will incorporate a new daily direct route, The Cuban Foreign Ministry MINREX has reported.

The measure responds to ever-growing numbers of passengers traveling from Schiphol Airport, Amsterdam to the Cuban capital.

Since 2012, KLM links Amsterdam and Havana with direct flights that have traditionally been operated by A330-200 Airbuses. The airline recently replaced its fleet of aircraft with A330-300, which represents a 50 percent increase in passenger capacity.

Founded on October 7, 1919, KLM is the oldest airline in the world still operating under its original name.

According to Cuba's National Bureau of Statistics and Information, in 2015 Cuba welcomed 42,465 visitors from the Netherlands, representing a 26.8 percent increase compared to 2014.