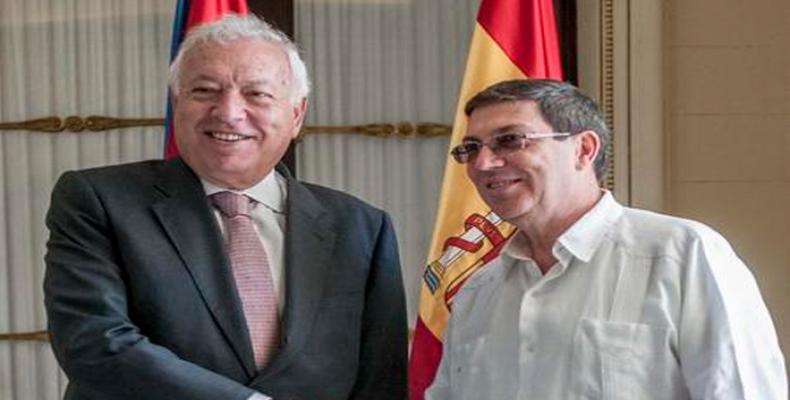 During the cordial exchange at the Havana headquarters of the Cuban Foreign Ministry, the two dignitaries confirmed their governments' strong commitment to advance ties and work together towards broadening and strengthening relations in areas of mutual interest.

Also on Monday, Ana Pastor, Acting Spanish Minister for Public Works and Transport arrived in Havana for an official visit, during which she will hold talks with Cuban authorities in the construction sector.