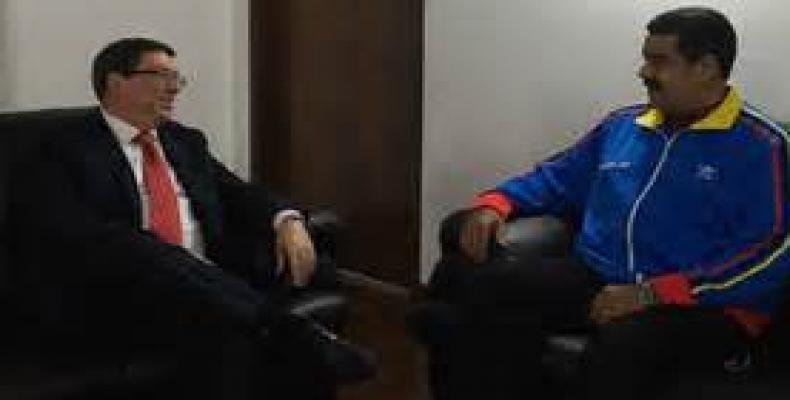 Maduro, who returned to Caracas, the Venezuelan capital, after official visits to Jamaica and Trinidad and Tobago, received Cuba's foreign minister and his delegation to discuss issues of common interest.

According to a diplomatic source, the top Cuban diplomat arrived in Venezuela on Sunday, with the aim of strengthening the bilateral agenda between the two countries, an agenda that extends to areas like education, trade, and cooperation.  Bruno Rodriguez also paid tribute to Simon Bolivar, laying a floral wreath at his tomb in Caracas.