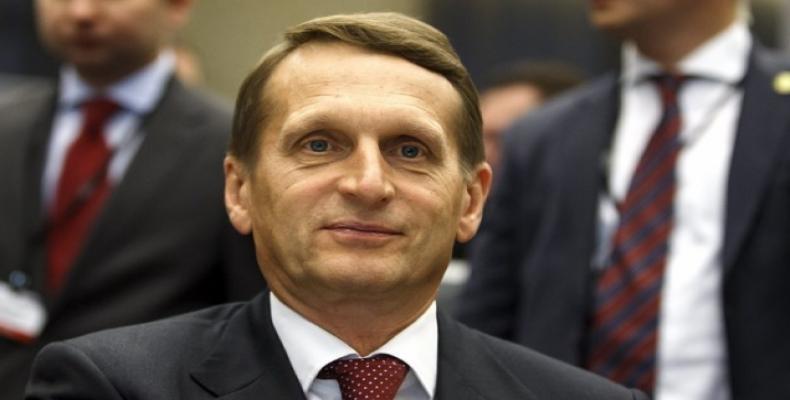 Moscow, May 27 (RHC)-- Chairman of Russia’s State Duma, Serguei Naryshkin, has confirmed the importance and the value of the relations between Cuba and Russia.

During the encounter held in Moscow with Cuban First Vice President, Miguel Diaz-Canel, the head of Russia’s lower chamber reiterated the importance of Cuba as an ally, a trustworthy and long lasting partner in Latin America.

During the official visit, Diaz-Canel will continue to hold official talks with Russian officials similar to yesterdays with Russian Prime Minister, Dimitri Medvédev and other members of the executive branch of the Russian government.

Diaz-Canel will also visit the Russian National Center for Technology Innovation and meet with Guennady Ziuganov chief of the parliamentary faction of the Russian Communist Party.