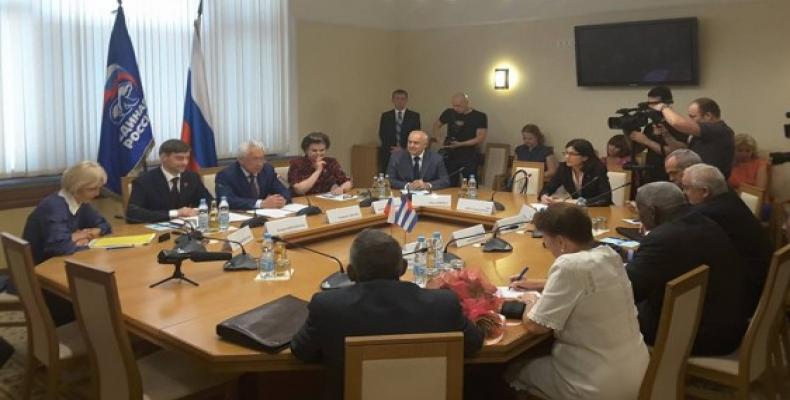 Havana, June 23 (RHC)- The President of the State Duma, the lower chamber of Russian parliament, Serguéi Narishkin said Cuba is his country's most reliable partner in Latin America and the Caribbean.

The Russian legislator emphasized that his government is 'fully satisfied' with the state of bilateral cooperation relations, which he further said: “cover a wide variety of sectors, reflecting the strategic character of Russia-Cuba relations.”

Prior to his meeting with the president of the state Duma, Esteban Lazo was received by Valentina Matviyenko, Chairperson of the Russian Federation Council or upper house of the Federal Assembly of Russia, to whom the top Cuban legislator extended an invitation to visit Cuba next year.

Also during an exchange that Lazo and Matviyenko described as excellent the current dynamic of bilateral economic and trade relations were discussed.

The president of the Cuban parliament has already held talks with Vladímir Vasíliev, head of the United Russia faction in the state Duma.