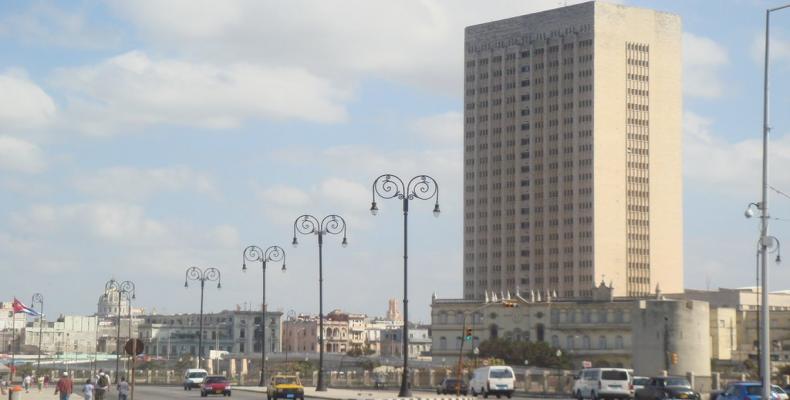 Despite obstacles imposed by the current U.S. administration to hamper relations with Cuba, including claims of alleged “sonic attacks” against its diplomatic personnel on the island, and issuing of an unfounded travel advisory against the Caribbean nation, recommending that its population “reconsider” visiting Cuba, U.S. citizens continue wanting to experience the island and help build bridges between the two nations.

Such is the case of Dr. Xavier Duralde from the United States, experienced orthopedic surgeon and renowned professor who gave an international course on arthroscopic diagnosis and treatment of injuries to shoulder and elbow joints to Cuban colleagues at Havana’s Hermanos Ameijeiras Surgical Clinical Hospital

Duralde described the exchange with his Cuban counterparts as beneficial for both parties given marked interest in the development of minimally invasive surgery – or arthroscopic surgery within orthopedics - on the island, used to correct ankle, knee, hip, elbow, shoulder and wrist conditions.

The specialist highlighted how performing this type of surgery benefits Cuban doctors, as well as the need to extend it to shoulder procedures. “I have come to share new ideas in these types of techniques so that their use can be extended here,” he noted.

The U.S. specialist also emphasized his marked interest in visiting the island given the lack of knowledge in his country about contemporary Cuban society. I am very proud to be visiting for the first time and to be sharing with colleagues on these issues, stated the U.S. medical professional.

Xavier Duralde, who graduated from the University of Columbia and currently works at Northside and Predmont hospitals in Atlanta, is also an associate adjunct professor at the Emory University School of Medicine in this U.S. state and orthopedic surgeon for the Atlanta Braves baseball team. He is also a member of the American Shoulder and Elbow Surgeons Society; Association of Bone and Joint Surgeons; as well as the Major League Baseball Physicians Association

The surgeon explained that the opportunity to give the course arose after he met Dr. Horacio Tabares Neyra, president of the Cuban Orthopedics and Traumatology Society, at an international specialist event.  He also noted that he wishes to repeat the experience and thus hopes to see an improvement in collaborative relations between the U.S. and Cuba.

Meanwhile, Tabares Neyra noted that the course was divided into three sessions and attended by orthopedic and rheumatology specialists from the country’s 15 provinces as well as all hospitals in the capital, with theoretic and practical sessions and demonstrations of live surgeries performed on real patients.

Xavier Duralde “is an expert in the theoretical and practical elements of these treatments, and his help is very valuable to extending arthroscopic shoulder surgery throughout the country,” stated Tabares Neyra, who went on to note that the program was designed by Duralde himself and given in Spanish, which helped understanding.

Regarding the Cuban Orthopedics and Traumatology Society, Tabares Neyra explained that the institution was founded in the 1940s, currently has over 2,000 members, and was presided for various decades by national and internationally renowned professor Dr. Rodrigo Álvarez Cambra.

Among other efforts, the Society aims to contribute to scientific work; disseminate key achievements of its professionals; introduce modern technologies and new prophylactic and therapeutic methods within the specialty through frequent exchanges and debates on individual and collective experiences. It also maintains links with similar national and international scientific institutions, with the potential for scientific-technical and educational exchanges in this field.

In 2017, 989,209 general surgeries using traditional methods were performed in Cuba, some 5,326 more than the previous year. During this period, 52,017 procedures using minimally invasive techniques were carried out, an increase of around 6,000 as compared to 2016. Minimally invasive surgery is practiced in 53 hospitals and by 13 medical specialties in Cuba.