PBS will air documentary on Cuban treatment against lung cancer 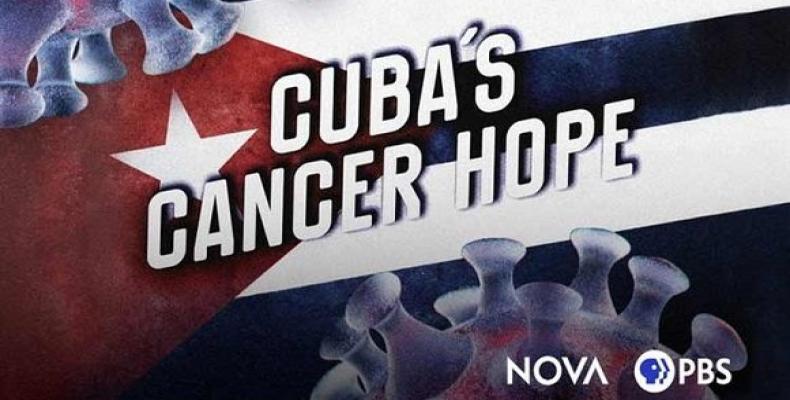 The U.S. public television network PBS will premiere in April a documentary on CIMAVax, a Cuban drug against lung cancer, in which Cuban and U.S. institutions are currently collaborating.

In September 2018, this scientific entity and Cuba's Center for Molecular Immunology (CIM) announced the creation of the Innovative Immunotherapy Alliance SA, the first Cuban-American biotechnology company.

According to the Roswell Park Center's website, through its historic partnership with CIM, the U.S. institution is helping to develop several "innovative and potentially life-saving" cancer therapies, and the first of the new products that will be available to U.S. patients is CIMAvax-EGF.

Experts from the U.S. company spoke about that treatment last Friday at the press tour of the Television Critics Association (TAC), underway from January 7 -21 in Pasadena, California, in which the different networks and broadcasting services are promoting their new proposals.

The Cuban researchers used innovative science and high rigor in the development of treatments against cancer, said Dr. Kelvin Lee, of Roswell Park, about the documentary Cuba's Cancer Hope.

The documentary will on April 1 in NOVA, a series transmitted by PBS that focuses on science issues.

According to the specialist, there is an enormous potential to treat and even prevent many types of cancer, with therapies originating from Cuba.

"The great thing about working with our Cuban colleagues is they really believe, in their heart of hearts, that healthcare is a human right ... it is enshrined in their constitution." Dr. Lee said.

The Cuban Ambassador to the United States, José Ramón Cabañas, said on Monday on Twitter that the work in this area once again demonstrates the benefits of cooperation between the two countries.