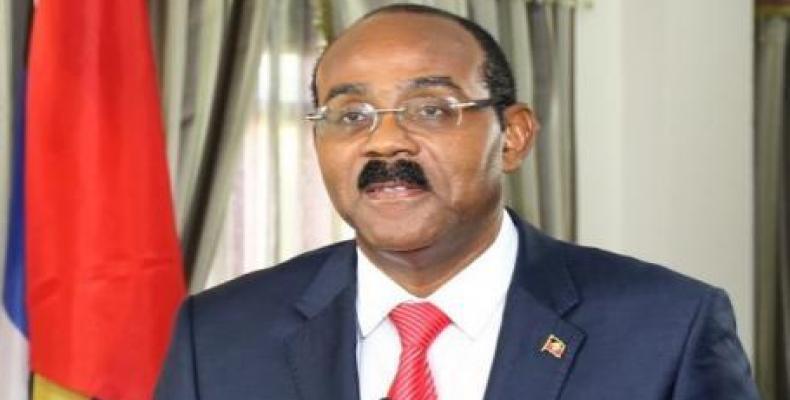 The virus has so far killed 467,000 people and infected nearly nine million others worldwide.

Browne, speaking on his weekend radio programme, said that Republican Senator, Rick Scott, had recently introduced the legislation classifying Cuba’s humanitarian assistance to countries across the world as “human trafficking” and wants to extend punitive measures to countries that participate in the programme.

Among other things, the Cut Profits to the Cuban Regime Act, which was introduced last Wednesday, seeks to require the Department of State to publish a list of countries that uses government-controlled Cuban medical mission programmes and for the department to consider this as a factor when ranking countries in its annual Trafficking in Persons report.

CARICOM countries including Antigua have benefited from Havana’s assistance and Browne described the move by Scott and his colleagues Ted Cruz and Marco Rubio, who have reportedly accused the Cuban government of participating in human trafficking, as “extremely unfortunate”.

“They have decided to file a bill in the US Senate in which they will be punishing countries who utilise Cuban experts, the nurses and the doctors to buttress the health services and what they will be doing will be classifying those engagements as a form of human trafficking.

“We think that this is extremely unfortunate…that for over 30 years we have been utilising Cuban specialists, Cuban nurses and doctors to augment our health facilities. In fact, Cuban nurses and doctors are a significant part of the health infrastructure of many Caribbean countries and if they were to force us to get rid of these Cuban professionals, then they will dismantle our health system,” Browne said.

“As far as we are concerned, this bill will clearly pose some challenges for Caribbean countries and we will be literally lobbying and pushing against any such decision. As far as we are concerned, we are not involved in any form of human trafficking and for USA officials to suggest that by virtue of us employing the services of Cuban professionals that is a form of forced labour and therefore human trafficking, that is not true, we do not accept it,” he continued.

Browne accused the US legislators of creating “a new definition of human trafficking” and that would have tremendous problems for our countries.

“We have been working with the US over the years in order to curb human trafficking, we have been cooperating fully, all the countries within the Caribbean, and for them to now opportunistically seek to classify us as human traffickers because of the geopolitical issues with Cuba, I think will be a very unfortunate position,” he said.

“I just hope that the embassy in Barbados, in particular, will take up this issue with the State Department to let them know that this kind of policy is going to create a problem for Caribbean countries and undermine the good relations we enjoy with the United States,” Browne said.