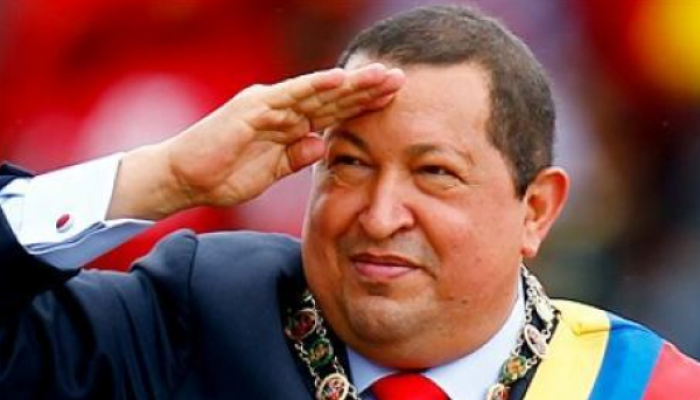 Cuba has also joined the world campaign "Chavez was here", being conducted in many countries of the world from this Tuesday until Five March, the first anniversary of his untimely death in Caracas, the victim of cancer.

The celebration began on the day of the twenty second anniversary of the military and civilian rebellion headed by Hugo Chavez against the corrupt, repressive administration of Carlos Andrès Pèrez. Multiple activities will be held all along this coming month of celebrations in our Island nation to remember the Bolivarian leader who displayed such a special friendship towards Cuba and especially to its Revolutionary leader, Fidel Castro.

But his figure, his example, his struggle against poverty and social injustices will also be remembered in many countries of the world. Chavez was instrumental in putting Venezuela in the forefront of anti-imperialism in the international scene.

In many other regions of the world he will be remembered as an indefatigable fighter against poverty and exclusion, who catapulted Venezuela to the forefront of the world-wide struggle for social and human justice.

He became the hero of the excluded masses of oppressed people in the whole world. Even his enemies were forced to recognize the huge effort by Chavez to unite Latin America and the Caribbean, the Big Motherland envisioned by the Liberator Simon Bolivar and other independence leaders in the area.

His virtues and his example were remembered and extolled in Havana recently by Heads of State and Government that attended the Second Summit of the Community of Latin American and Caribbean States, CELAC.

The Chavez legacy is present in the definite success of Venezuela in providing health, education and food security to all of its citizens without exception.

The Bolivarian Revolution, led by Chavez and his ideas, have effectively met the hopes and aspirations of millions of Venezuelans who had never been attended by a doctor or did not know how to read or write.

To millions of Venezuelans, Chavez and his Government were able to transform oil into homes, hospitals, sports fields, highways, schools and job opportunities for all, as the Governor of the State of Bolivar, Francisco Rangel, told an anniversary meeting.

But his efforts and his spirit are not only evident in Venezuela: they have expanded to the whole of Latin America and the Caribbean, where his actions in support of humanism and social justice are promoted by development projects sponsored by PETROCARIBE and PETROSUR.

Along with Fidel Castro, Hugo Chavez sponsored the Operation Miracle, that overflowed the boundaries of Cuba and Venezuela and covered the whole of Latin America and the Caribbean with free medical support for patients with difficult vision.

Hundreds of thousands have recovered their eyesight through this program, conducted by Cuban ophthalmologists who are offering their services all across the continent.

Enormous is the legacy to Venezuela and Latin America of the late President Hugo Chavez, a man who gave the world a lesson of generosity and selfishness, and whose legacy translates into a better world for all of its citizens.