Desertification: A phenomenon that is advancing in the world 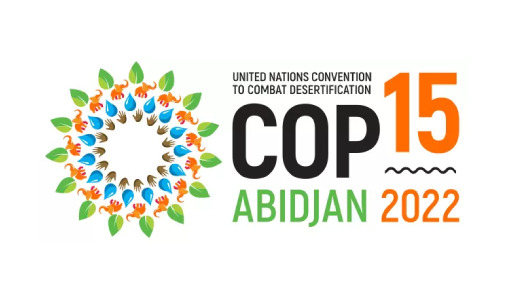 "Earth. Life. Legacy: From scarcity to prosperity", is the motto of the first Conference of the Parties in 2022, the COP15 against desertification, a phenomenon that is advancing worldwide and endangers biodiversity, health, stability and food security of humanity.

"Earth. Life. Legacy: From scarcity to prosperity", is the motto of the first Conference of the Parties in 2022, the COP15 against desertification, a phenomenon that is advancing worldwide and endangers biodiversity, health, stability and food security of humanity.

Since Monday in Ivory Coast, crucial aspects of this problem, which has caused alarm bells to ring in the planet, where, according to the UN, 40% of the land has been degraded, are being dealt with.

"Every moment lost corresponds to a space gained by drought and its terrible consequences for people and the environment", underlined Moussa Faki Mahamat, president of the African Union Commission.

The alarming reality facing the world is that at the current rate of agricultural overexploitation of soils and irresponsible human action, millions of people will be displaced from their homes in the coming years.

The latest report of the United Nations Convention to Combat Desertification is not at all encouraging. Published last April, after five years of elaboration, it specifies that if the current situation continues, by 2050 there will be an additional degradation of the size of South America.

It is not the time to look the other way, but to join efforts and adopt concrete and urgent measures. There are multiple benefits for all from land restoration. It contributes to economic resilience, job creation, increased income and greater food security.

It also helps to restore biodiversity, captures atmospheric carbon that warms the Earth, thus reducing the effect of climate change, a present threat.

As experts point out, the fight against climate change, biodiversity loss and soil degradation is inseparable. It is not possible to stop one crisis today and another tomorrow.

The conference, which will be held in Côte d'Ivoire until May 20, will seek to promote the exchange of knowledge, encourage effective and inclusive projects and advance the sustainability of the planet for present and future generations.

There are great expectations surrounding this meeting in Africa, a continent very much affected by this phenomenon that forces the displacement of millions of people, increases hunger, poverty and health problems.

Let us hope that concrete proposals are achieved, that in Ivory Coast a difference is made and progress is made in their fulfillment. Let us hope that they do not remain mere commitments, since, as the President of the African Union Commission pointed out, the strategies developed and the forums held have not achieved the expected results.