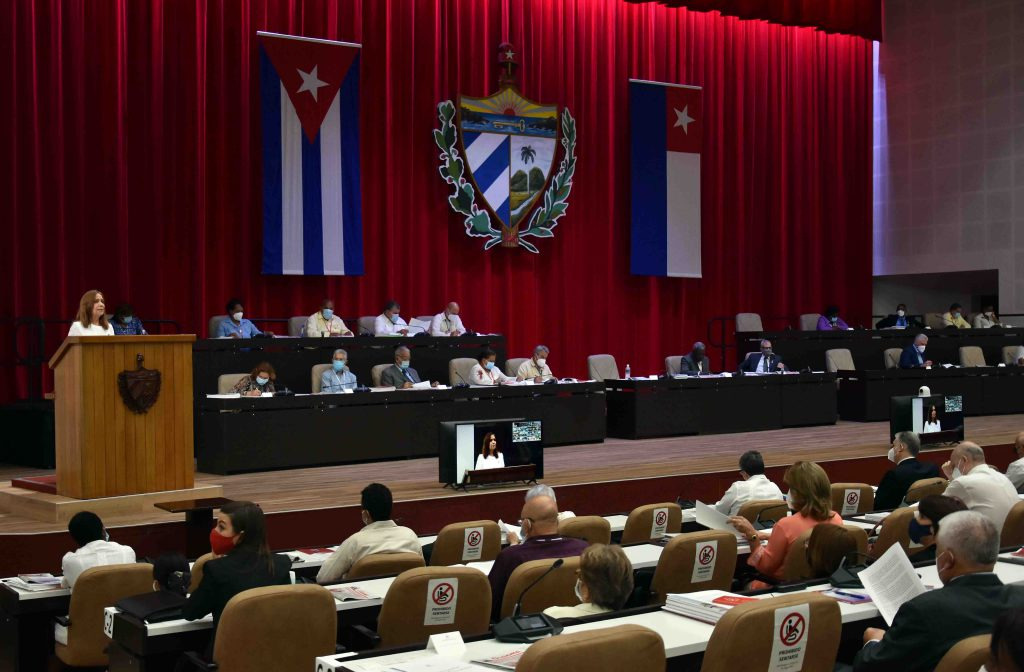 The fifth extraordinary session of the National Assembly of People's Power of Cuba opens its doors with an intense agenda, which includes the discussion of important issues associated with the economic, social and institutional life of the country.

The fifth extraordinary session of the National Assembly of People's Power of Cuba opens its doors with an intense agenda, which includes the discussion of important issues associated with the economic, social and institutional life of the country.

For the first time in the same session, eight bills are presented to the deputies, enriched with the contributions of organizations, universities and experts.

A process in which, as usual and as part of the participatory democracy that characterizes us, the citizenship has been actively present, through the e-mail provided by the Parliament.

In a recent analysis of the documents with the parliamentarians, Homero Acosta, secretary of the legislative body, highlighted the novelty of two of these projects: the Food Sovereignty, Food and Nutritional Security Law and the Personal Data Protection Law.

The list is completed by the Criminal Code Law, the Law on Penal Execution and the Law on Protection of Constitutional Rights.

Undoubtedly, a transcendental moment of this extraordinary session is the delivery to Parliament by the National Electoral Council of the conclusive result of the popular consultation carried out throughout the national territory of the draft of the new Family Code, a text qualified by the experts as modern, in tune with the reality of the country and in defense of the rights of all segments of the population.

In this process, which began last February, more than six million people participated, who in an open and frank manner were able to express their criteria and suggestions in the meetings held in workplaces, schools and communities.

According to the information, among the issues that generated the greatest number of proposals were marriage, parental responsibility, adoption and discrimination and violence in the family environment.

Cubans living abroad also had the opportunity to express their opinions. In this regard, Prensa Latina news agency recalls that a precedent of the participation of emigration in democratic processes in Cuba is in the debate in 2018 on the then draft Constitution, when suggestions were received from more than 130 nations.

Intense days of debates will be developed by Cuban deputies, in order to continue strengthening the work in favor of the people and to advance in the fulfillment of what is stipulated in the Constitution, approved in 2019.