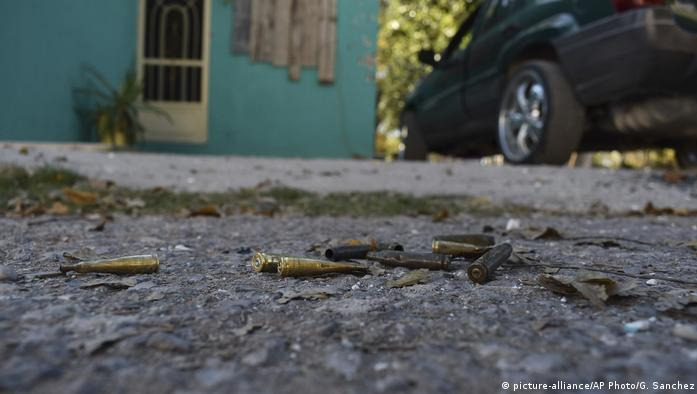 On May 29, Colombians will once again go to the polls to elect a new president.  It's now only two weeks from this important moment and there is no truce in sight in the violence that every day claims new victims and forces tens of thousands of people to leave their homes, without a response from the government headed by Iván Duque.

This process, during which last March the members of Congress were appointed, is shaping up to be the most violent in recent years. This is confirmed by a recent report of the Electoral Observation Mission.

The document states that there has been a 109% increase in pre-electoral violence, compared to the previous campaign, which took place on Colombian territory in 2018. The figures revealed give a total of 581 events of this nature in recent months.

The Electoral Observation Mission notes that in the 167 municipalities that voted for peace seats in the legislative elections 35% of all violent actions in the South American nation were concentrated.

Added to this are the aggressions against 15 candidates of these special constituencies, contemplated in the peace agreement signed in Havana in 2016 between the government of then President Juan Manuel Santos and the once guerrilla Revolutionary Armed Forces of Colombia-People's Army.

The reality is that so far this year nearly 80 social leaders have been assassinated, while the number of former guerrillas killed has increased. More than 300 ex-combatants have been killed, due to the lack of guarantees from the government of President Iván Duque to protect these people who bet on peace and their full reintegration into society.

In the midst of this panorama, the electoral campaign is taking place. In fact, presidential candidate Gustavo Petro, of Pacto Histórico, suspended at the beginning of the month his trip to the coffee-growing axis, in the center of the country, due to death threats.

Petro's team, who dominates the voting intentions, denounced the existence of a plan to assassinate him by the paramilitary group La Cordillera, associated to drug trafficking and hired assassination.

This situation weighs on the electoral process, preventing the activities of the candidates and instilling fear in the citizenry at the time of exercising their vote.

The total lack of political will of the government of President Iván Duque to implement the peace agreement, so long awaited by Colombians after decades of armed conflict, has led to a dangerous spiral of violence, which threatens the electoral process and continues to add victims.