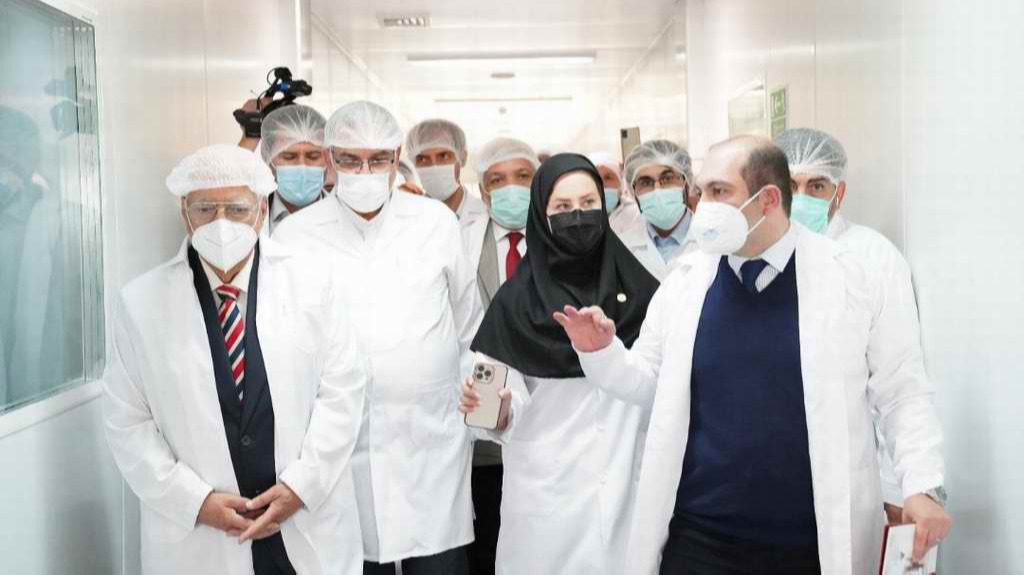 The inauguration in Iran of a production plant for the PastoCorona vaccine, as a result of the technological transfer of the Cuban immunogen Soberana 02, illustrates the wide possibilities of cooperation between Havana and Tehran.

The inauguration in Iran of a production plant for the PastoCorona vaccine, as a result of the technological transfer of the Cuban immunogen Soberana 02, illustrates the wide possibilities of cooperation between Havana and Tehran.

Iran thus becomes the first country to industrially manufacture one of the Cuban biologics against SARS-Cov-2.

The elaboration of the injectable corresponds to one of the agreements previously signed by the two countries, specifically between the Finlay Vaccine Institute in Havana and the Pasteur Institute in Iran.

A promising result preceded by the hard work of scientists, framed in the purposes of the governments of Cuba and Iran to bring economic-commercial relations to the levels of excellent political ties.

A solid attempt in that direction was made at the recent sessions of the eighteenth Iran-Cuba Joint Commission on Trade and Economic Cooperation in Tehran.

The delegations decided to sign 13 agreements, among which cooperation in areas such as biotechnology and food safety was strengthened.

The path in the area of vaccines does not stop with Soberana 02, one of the three created by Cuban scientists and approved by a regulatory body for application to the population.

More than 90 percent of Cubans received the three doses of Soberana 02 or Abdala, while clinical trials continue to verify the effectiveness of two other candidates.

The accumulated knowledge allows Cubans to embark on new horizons, including the production of vaccines for children, in collaboration with Iran, as agreed in Tehran.

The two governments are determined to promote business and cooperation in areas such as health, energy, agriculture and food generation, and the agreements signed in Tehran are also aimed at that purpose.

As a background to the discussions in that capital, contacts in recent months between Cuban and Iranian companies in nanosciences and the food, oil and petrochemical industries stand out.

The agreements point to the present and the future, as it was learned that the largest of the Antilles seeks to invite Iranian businessmen to participate in its development plan for the coming year.

Cuba and Iran, with peoples that have developed a great resistance to the vicissitudes they are going through in the face of strong economic sanctions by the United States, have a remarkable scientific wealth that will contribute to the benefit of both countries.