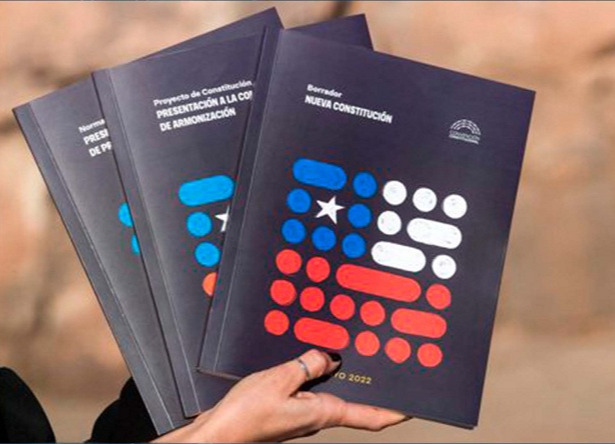 Chile already has the draft of what should be the new Constitution of the country, replacing the one in force until now, questioned for endorsing a State of inequality, as a legacy of the dictatorship of Augusto Pinochet.

The Constitutional Convention of Chile presented the draft with accentuated changes to the institutionality, after a period of 10 months of intense work in the drafting, and of not few clashes between the exponents of the diverse political tendencies.

Now it only remains for a commission to harmonize the 499 articles included in the draft, and then deliver it to President Gabriel Boric, who will call for a mandatory plebiscite, scheduled for September 4.

From what can be glimpsed, the working material of the new Magna Carta foresees the transition from a subsidiary State to a social State of rights and outlines a democracy defined as "parity".

In the same line of variations, the constituents propose to their compatriots to approve a text that presents Chile as a plurinational and intercultural State, with recognition to the existence of diverse nations and peoples.

This perspective and the transformations advocated for the legislative branch with the disappearance of the Senate, set off alarms in conservative sectors.

In addition, the suggested scheme, pending harmonization, speaks of legal pluralism instead of judicial power and of creating a universal health system, strengthening public education and protecting the environment.

These are other aspects on which some sectors interested in putting flanges on the changes are already starting to make pernicious propaganda.

It happens that the political currents know that now Chileans will have to favor or not the proposal for a new Constitution, the alternative considered by many as the most plausible, after the social outburst of October 2019 that shook Chile.

As seen in that national commotion, there is a great debate within the society that will now continue facing the September plebiscite.

Surveys speak of an increase in the number of people presumably in favor of rejecting the text submitted by the Convention, at this moment in the draft stage.

For the government of the young President Gabriel Boric, the continuity of the debate on the matter is of great importance, since he himself is betting on the success of the process.

But analysts wondered if the distrust of many Chileans in their institutions and leaders since the dictatorship until the government of Sebastián Piñera, will not play a dirty trick on a constitutional project, undoubtedly innovative.