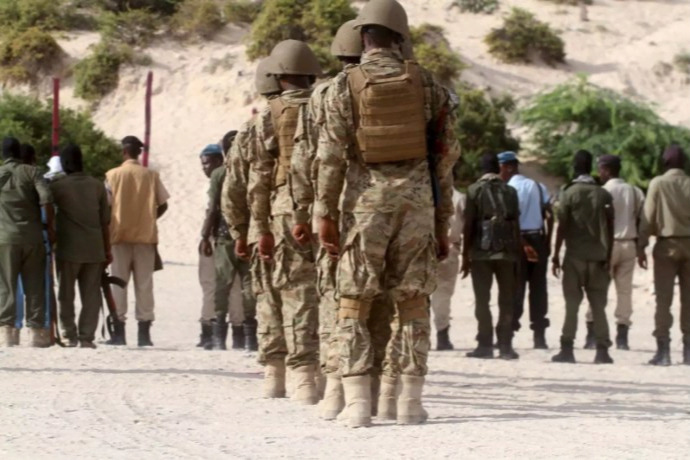 The U.S. government announced the permanent return of a group of military personnel to Somalia, under the pretext of contributing with the authorities of that African country to fight extremist groups, as well as guaranteeing stability in an area plunged into chaos and plagued by hunger.

The administration of former President Donald Trump ordered in December 2020, shortly before the end of his term, the withdrawal of all troops stationed there, although throughout 2021 and the first months of this year they would enter to carry out combat missions and then leave again.

The reestablishment of a troop strength of around 500 soldiers and officers coincides with the recent election of Hassan Sheikh Mohamud as the new Somali president, after numerous postponements of the elections due to the volatile social and political situation.

Somalia is part of the so-called "African Horn", in the easternmost part of the continent, bordered by Ethiopia, Djibouti and Kenya, with a population of just over 16 million people.

The brutal European colonial regime fragmented the country to such an extent that since its independence in 1960, it has known very few years of stability and its economy is very fragile, based on non-industrialized agriculture.

Under the pretext of a serious crisis in 1992, a "humanitarian" intervention was carried out there, an action that violates the UN Charter because it disregards national sovereignty by allowing the landing of foreign troops to take control of the situation.

The operation was a failure because it was based on the assumption that the Somalis were incapable of solving their own problems and, moreover, it was only coordinated with two groups in the country and the other forces were left out.

Some may recall the so-called "Battle of Mogadishu" on October 31, 1993, when troops loyal to Mohamed Farrah Aidid attacked U.S. soldiers in Mogadishu, killing 19, wounding 73, shooting down two helicopters and damaging others.

Although the then President William Clinton ordered the temporary withdrawal of his military after this setback, the international occupation continued, as well as the internal war that has not been definitively solved.

Somalia is not only experiencing this scourge. An intense drought, which affects the entire region, in addition to a prolonged plague of locusts, caused the loss of crops and millions of people are on the verge of starvation.

These are problems that cannot be solved with troops or bullets, but with effective aid for economic and social development that heals the scars left by colonialism and slavery and broadens the horizons of the population.