A Republic that was born neo-colonized 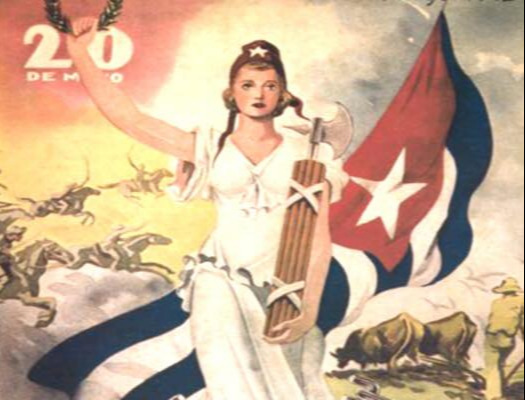 Only those who have or support imperialist pretensions over Cuba see a reason to celebrate May 20 as the day of our independence. They manipulate history, distort the truth of that date and offend our independence heroes, those who dedicated their lives for the true freedom and sovereignty of our land.

120 years ago, the U.S. military intervention came to an end, and our national flag was hoisted, our government and Constitution were inaugurated, but a mediatized Republic was born, a neo-colony.

The destiny of the country would be determined by another nation: The United States, about which José Martí had precisely warned. The National Hero knew how to see the threat posed to Cuba and the rest of the Americas by the hegemonic desires of the nascent imperialism.

That day our independence and sovereignty were trampled upon, as the United States has done throughout history against other peoples to defend its interests and its colonizing pretensions.

Outstanding scholars such as the late Eusebio Leal, who for many years was the Historian of Havana, have affirmed that that Republic was not the legitimate daughter of the revolution, but its abortion.

Washington had carefully traced the path. In 1898, with the war against the Spanish Crown almost won by the Cubans, it intervened in the conflict, under the pretext of the blowing up of the battleship Maine in the Port of Havana.

The Treaty of Paris would follow, which decreed the end of Spanish colonialism and from whose negotiations the Cubans, who for 30 years had watered our fields with their blood, were opportunely removed.

Then came four years of U.S. military intervention, during which elections were held and a new Constitution was born, to which an appendix was introduced that reaffirmed U.S. colonial rule: the Platt Amendment, imposed under the threat that it was the only way to end the military occupation.

Its articles, let us remember, established the right of the neighboring nation to intervene militarily in Cuba when it considered it pertinent. In addition, it obliged the leasing of land for U.S. naval and coal stations, which gave rise to the Guantanamo naval base in eastern Cuba, and which still remains today against the will of the people and government of the largest of the Antilles.

May 20 has historically been used by successive U.S. administrations for hostile and offensive actions against the Cuban people. On that day in 1985, the misnamed Radio Marti went on the air, aimed at misinforming and falsifying the reality of the Greater Antilles.

Let us also remember May 20, 2004, when then US President George W. Bush announced his Plan for the annexation of Cuba, which, in another attempt to put an end to the revolution, envisaged an ever more rigorous economic blockade, increased financing and material support for internal mercenary groups and a growing propaganda and disinformation campaign.

For those who love and defend Cuba, and who learn from the past to understand our present and forge the future, true independence and sovereignty would come with the revolutionary triumph of January 1, 1959.

From that day on, that Republic with all and for the good of all that Martí and many other worthy Cubans dreamed of and fought for throughout the years began to materialize.