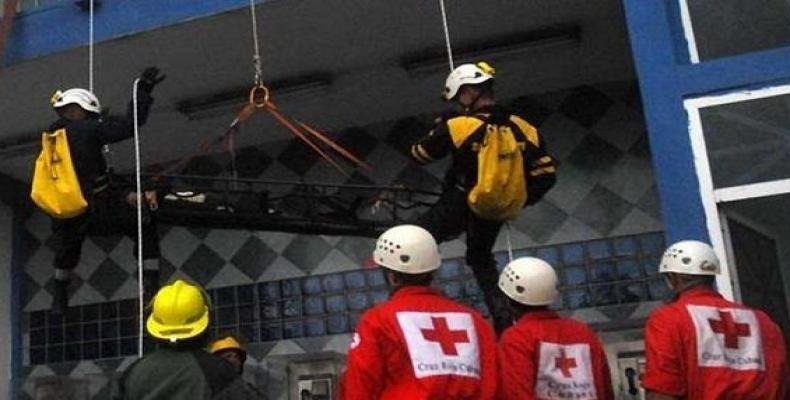 Cuba's Civil Defense was strengthened over the weekend with the realization of training exercises to outline responses to disaster situations, of any origin, and even to finalize preventive possibilities.

Cuba's Civil Defense was strengthened over the weekend with the realization of training exercises to outline responses to disaster situations, of any origin, and even to finalize preventive possibilities.

The Popular Exercise of Actions in Disaster Situations Meteoro 2022, held throughout the country last weekend, put companies, leaders, workers and the population in general to the test in emergency drills.

Cubans were instructed in the face of alleged gas leaks, epidemics, technological failures, massive accidents and other types of events, all of them with viable threats to human life and causing serious economic and ecological damage.

And they did so without abandoning caution and control over Covid-19, whose cases have declined sharply in recent weeks, thanks to vaccination with autochthonous antidotes, although no one can be careless.

Of course, the eyes of Cubans are fixed on the hurricane season in the Atlantic Ocean starting in June, a permanent danger for the countries in the area.

Hence, the Meteoro exercises coincide in time with the proximity of the tropical cyclone phase, to the confrontation of which the Antilleans devote resources and efforts.

Although the Civil Defense is a successfully tested structure and has a high capacity to respond to wind and rain storms, in the largest Antillean island they are not confident.

Cuba is preparing to face an active cyclonic season due to the possibility of the occurrence of 17 natural organisms of this type, nine of which could reach the category of hurricane, experts said.

Nor can precautions and palliatives be renounced in the face of other contingencies such as drought and forest fires, phenomena deeply associated and closely linked to the effects of climate change.

That is why the Civil Defense is celebrating its 60th anniversary in the midst of the government's permanent attention, even though Cuba suffers from severe material limitations due to the persistent U.S. blockade and the heavy expenses incurred by the pandemic.

Everything that has been done recently will serve as a starting point for Cubans to gradually strengthen their perception of risk and for the Civil Defense managers to carry out their duties more efficiently.