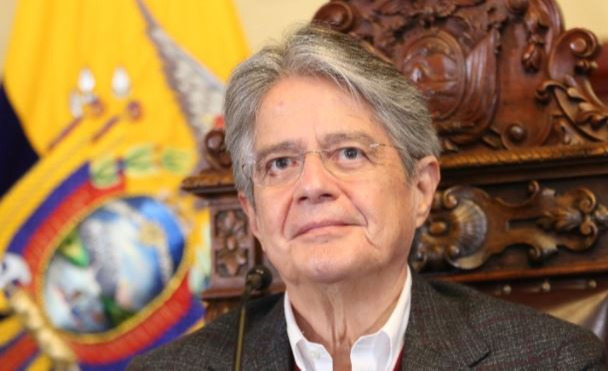 Lasso has been the target of criticism for allowing the permanence of anti-popular economic measures adopted by his predecessor Lenín Moreno.

It has been one year since Guillermo Lasso became president of Ecuador and the opinion about his administration is not very favorable among a great part of the country's citizens.

Opinion polls reveal that more than 70% of Ecuadorians reject Lasso's actions during these twelve months, during which, they understand, apart from promoting the vaccination process, he has not done much, nor fulfilled his government plan.

There are many pending problems that affect the daily life of the population, such as an economy that has not been able to take off, after the ravages caused by a little more than two years of pandemic, but which in fact had already been in total decline since the government of his predecessor, the now former president Lenín Moreno.

The neoliberal policies implemented and the loan from the International Monetary Fund, with its adjustment programs, led to massive protests and a greater precariousness of the living conditions of Ecuadorians.

Extremely harsh are the conditions imposed by the International organization, whose presence in the country was interrupted during the Citizen's Revolution, led by then President Rafael Correa from 2007 to 2017, which encouraged its financial independence and the improvement of the standard of living of Ecuadorians.

According to official figures, the most recent from last December, poverty currently affects almost 28% of the population and misery 10.5%.

Now Lasso, a banker who, of course, also supports neoliberalism, has agreed with the World Bank a loan of 700 million dollars, which will lead to a greater indebtedness of the country.

Unemployment is another of society's major concerns. And although, according to official figures, it has registered a decrease and last February it affected 5% of the population, the quality of work has not improved. Barely a third of the total number of workers have stable employment with all the guarantees.

Violence and insecurity have overtaken the president. Between January and April more than ONE THOUSAND deaths were reported. The government declared a state of emergency and took the military to the streets, a measure that human rights defenders pointed out brings with it the violation of citizens' prerogatives.

Drug trafficking has been gaining ground in society, but as experts point out, the basis of the violence is to be found in poverty and social inequality. In fact, nearly 88% of citizens reject the security policy implemented by Lasso.

In prisons there has also been an outbreak of violence, with several massacres considered among the worst in Latin America.

During his first year in the Carondelet Palace, Lasso has not much to show. There are still several problems to be solved and most Ecuadorians qualify as inefficient the policies of the executive in several areas.