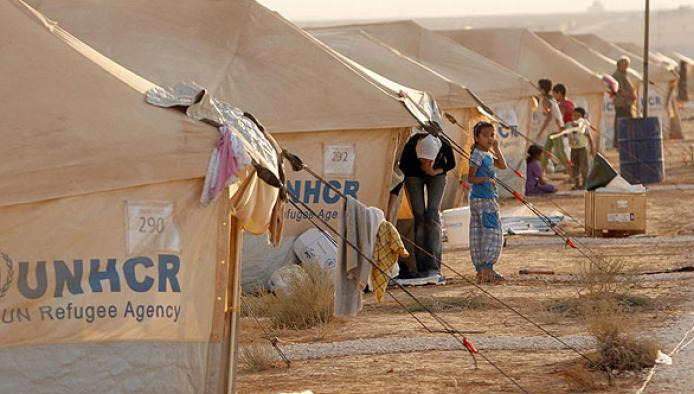 The United Nations High Commissioner for Refugees, Filippo Grandi, said that this is an alarming and sobering figure.

The number of people forced to flee their homes and places of origin due to armed conflict, political persecution, violence, natural disasters, racism and other causes surpassed a staggering 100 million, according to data released this week by the United Nations.

The United Nations High Commissioner for Refugees, Filippo Grandi, said this is an alarming and sobering figure, one that should never have been reached and should serve as a wake-up call to our species to put an end to wars around the world.

Although the official placed particular emphasis on the armed confrontation that has been going on for four months in Eastern Europe, in reality, for decades now, the thunder of weapons has been the main cause for millions of human beings to move in search of preserving their lives.

An example of this occurs in our continent, specifically in Colombia, where seven decades of internal conflict caused at least six million of its inhabitants to seek refuge in other places, without leaving the country.

To these must be added another three million who were pushed by climate change, agricultural or mining megaprojects and the actions of landowners, but who do not have refugee or displaced status.

We cannot forget also those affected by domestic clashes that led to foreign interventions, including those that bear the nickname of "humanitarian", but cause as much damage as the others.

The list is enormous and includes countries such as Afghanistan, Iraq, Somalia, Libya, Democratic Republic of Congo, Nigeria, Burkina Faso and Ethiopia where war has been cutting lives and tormenting societies for years.

Then there are the tens of thousands of members of the Rohingya community, who in their own country, Myanmar, are denied the right to citizenship and home ownership on religious grounds.

UN agencies are striving to prevent some 19 million civilians in Yemen from starving to death. 4.3 billion dollars would be enough to avoid this tragedy, a minimal figure compared to the 20 billion dollars that the United States allocated days ago to the war in Ukraine.

No less painful is the situation of the Palestinian people, forced to be refugees in their own land, occupied and controlled by the Zionist State of Israel with the complicit silence of almost the entire world.

Many things are wrong, when it is easier to get money to kill than to save and share, when everything is privatized and has a price that most people cannot afford.