ALBA-TCP: A respectful and inclusive bloc 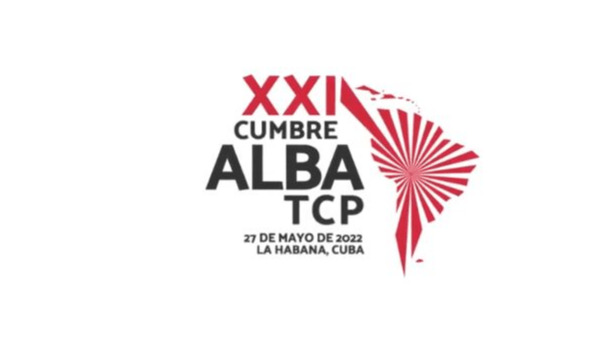 Sharing and coordinating strategies for the benefit of all citizens in the adverse conditions of the post-pandemic stage and to guarantee regional peace and stability is the focus of attention, in Havana, of the 21st Summit of heads of state and government of ALBA-TCP, Bolivarian Alliance for the Peoples of Our America-People's Trade Agreement.

This objective of common welfare and defense of the right to choose our own path has guided the actions of the bloc, which has been growing in membership since 2004, when Cuba and Venezuela gave it life.  Today it has ten member nations and three special guests.

Although Havana and Caracas were its promoters, in this mechanism every opinion counts, the concerns of the member states are heard. Proposals are openly and freely put forward and debated in order to reduce asymmetries and improve the living conditions of its inhabitants.

ALBA-TCP stands out for its respect for the sovereignty and identity of its peoples. The bloc is an example of how to foster national capacities to advance in their development, in times of confrontation and exclusion.

When attempts are made to silence the voices of independent countries such as Cuba, Venezuela and Nicaragua and exclude them from events such as the Summit of the Americas, to be held next June in Los Angeles, the integration initiative stands as a real option to work for common development and a sign of regional unity.

Without pressure or conditions, the progress made in certain areas is made available to all. This has been the case since its creation, and it took on special significance in these two years of global health emergency due to Covid-19.

From the outset, it became a priority for the Alliance to counteract the impact of the disease caused by the new coronavirus at all levels: economic, health and social.

And although several of its members were subjected to unilateral coercive measures, solidarity did not stop. Through the ALBA Bank, a humanitarian air bridge was established for the transfer of health personnel, vaccines and other supplies.

This is the cooperation that has always characterized the bloc throughout 18 years and which not only includes health, but also other spheres such as education, food, culture and sports.

In the midst of the difficult situation generated by the pandemic, the coercive measures against some of its members and the hegemonic pretensions of the United States, this bloc, which was born as a different, respectful and independent alternative for the countries of the area, faces great challenges.

ALBA-TCP is building its own path, defending the destiny of our peoples and their right to work for a fair, sustainable and inclusive socioeconomic development.