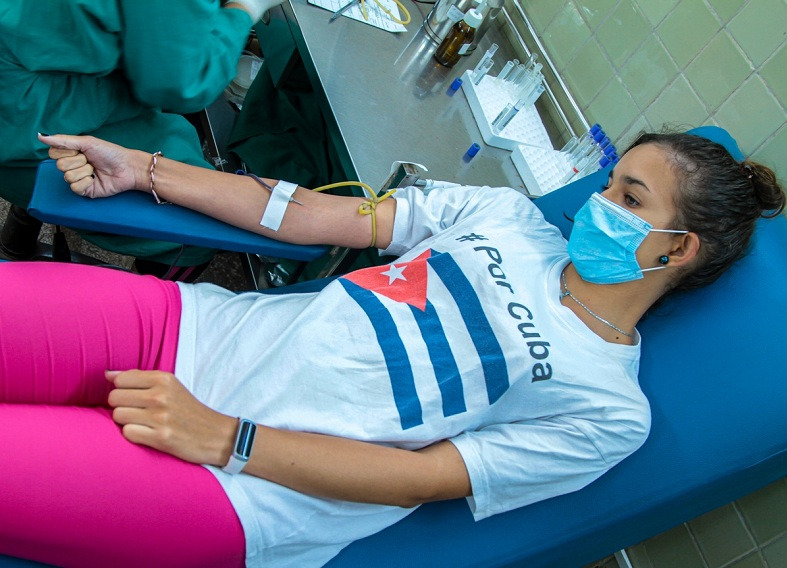 When the explosion at the Saratoga Hotel occurred last month, which left 46 victims dead and dozens injured, Cubans did not think twice and voluntarily donated their blood to help save the lives of their compatriots.

When the explosion at the Saratoga Hotel occurred last month, which left 46 victims dead and dozens injured, Cubans did not think twice and voluntarily donated their blood to help save the lives of their compatriots.

Such was the number of people who showed up at the Provincial Blood Bank of Havana, in the Vedado neighborhood, that the health authorities set up other places within the hospitals to be able to receive that tide of Cubans.

Even the Cuban Minister of Public Health, José Angel Portal, assured that there was also the availability of the vital liquid from the provinces near the capital.

In Cuba, this generous and solidary attitude is a tradition, which has been gaining strength since 1970, when the historical leader of the Cuban revolution, Fidel Castro, donated his blood to help the people of Peru, devastated by a strong earthquake.

In fact, Cuba is one of the few countries in the Americas that has one hundred percent voluntary blood donations, without any kind of remuneration, as is customary in many other nations.

There are many anonymous heroes whose selfless and altruistic attitude makes it possible to save countless lives. Safe blood is essential for treatment and emergency interventions.

It is equally essential to increase the life expectancy and quality of life of patients with life-threatening diseases and to carry out complete medical and surgical procedures.

With the arrival of COVID 19, the National Blood Program was not stopped; new strategies were outlined and even the donation of plasma from convalescents of the disease caused by the new coronavirus was incorporated, used as an alternative treatment for the sick.

According to the specialists, this plasma, which is safe based on virological tests, was used in patients who maintained a positive PCR for several days or in patients in a serious non-ventilated condition.

The country has made great efforts to maintain this essential program, since the U.S. blockade hinders the acquisition of expendable material and the renewal of the equipment needed to process the donated blood, which is very expensive technology, and whose price increases for us since we have to buy them in distant markets.

Voluntary blood donations also distinguish our health system and are another example of the solidarity and humanistic character of Cubans, who have never hesitated to help other peoples, victims of disasters, as well.