Local development is strategy of the nation 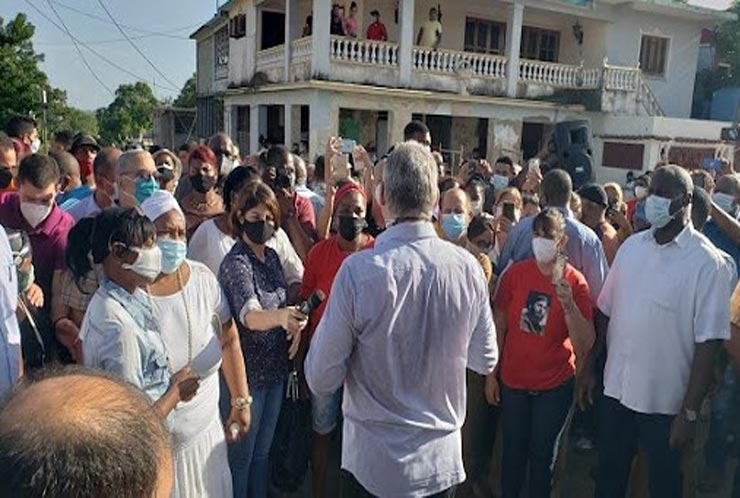 Encouraging advancement in the provinces is a priority for Cuba, contained and endorsed by the Constitution approved in 2019 and in the National Economic and Social Development Plan until 2030.

On that path, a greater protagonism of municipal governments is sought, but also of communities and their inhabitants in decision-making and execution of projects that contribute to the welfare of all.

In this process, the participation of citizens, who are aware of the problems and needs of the places where they live, is essential in order to respond to these problems, together with delegates of the Popular Power and the municipal government, through the promotion of programs that generate economic, social, cultural and environmental transformations.

Undoubtedly, local development is an important part of the government's agenda. This is evidenced by the constant visits to communities throughout the country, the exchange with their inhabitants and the reiterated call of President Miguel Díaz Canel for a greater involvement of universities, which can contribute a lot to the solution of local problems.

In this line of work, there are already many plans underway related to food production, local industry, trade and services, as well as sustainable local tourism and renewable energies.

But the approach is broader, not limited to the economic aspect, but also includes socio-cultural projects that, in addition to contributing to healthy recreation, help to increase knowledge and provide a new perspective to the inhabitants of the various communities.

An example of the interest in working in this direction is the Fair held last April in Havana, which made it possible to present local products and services and generate an exchange between the new economic actors and the traditional ones.

The "Development Starts Here" campaign has also been launched, an initiative that places local development and Cuban municipalities at the center of action.

The program has three stages: "discover your municipality", "promote new ideas" and "lead your change", and is aimed at ensuring that each territory has its own portfolio of strategic projects, taking into account its potential.

This plan will be extended for two years, supported by PRODEL, International Project for Capacity Building for Local Development, which, with funding from the Swiss Agency for Development and Cooperation, has already sponsored 135 projects in Cuba since 2012.

The government's political will to promote the development of municipalities, a decisive factor in Cuba's socioeconomic transformations, in the interest of greater well-being for its citizens, is great.