Those who have nothing 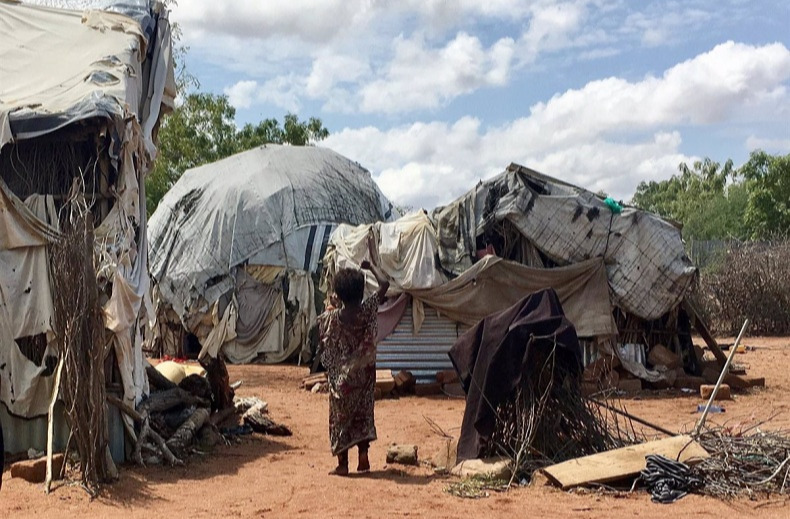 In Kenya, there is one of the largest refugee camps in the world called Kakuma, a Swahili word that means more or less "nothingness", a place currently inhabited by some 180,000 people from 20 different countries who were forced to leave their homes.

It is paradoxical and tragic at the same time that "nowhere" is the point of arrival of large masses of people, driven by violence and war, disease, natural disasters, fear or hatred, depending on where you look at it.

It is not the only one, of course, because in the four corners of the world one can stumble upon places like this one, where about 82.4 million desperate people are trying to survive, whose common denominator is the urgent need for help to satisfy in part their most basic needs.

Most of them do not know that yesterday, June 20, was World Refugee Day, just as they do not know what their final destination will be. There are those who arrived as children and are now adults without ever escaping the harsh reality that surrounds them.

Others did not cross the borders of their own country, they are the internally displaced persons for whom living on their own soil means no consolation whatsoever.

If one has patience, heart and stomach too, one can recount the sad condition of millions of Colombians trapped by war and violence, of Saharawis, cornered by the Moroccan regime, or Palestinians, pariahs in their land because of Israel and its accomplices.

They are there despite the fact that there are international laws and world conventions created to protect them, but which have failed to achieve their objectives and are barely enough to keep them alive, with budgets that are always scarce, while others squander billions of dollars on wars and weapons.

If you, my reader or listener, want to make your feelings a little more tense, look for information about the Kutupalong camp complex, located in Bangladesh.

Bangladesh, the largest on the planet, where the Rohingya survivors of the massacres by the army of Myanmar, formerly Burma, are being held.

If Kakuma is infamous, Kutupalong is effectively nothingness, because the human beings there were systematically denied everything before they fled, their identity, citizenship, rights, housing and life, they are practically and literally nobodies or, if anything, barely a statistical reference.

You see these things and you will surely think as I do, that it is very, very difficult to accept that in these conditions humans are, were or will be one day the superior species of nature.