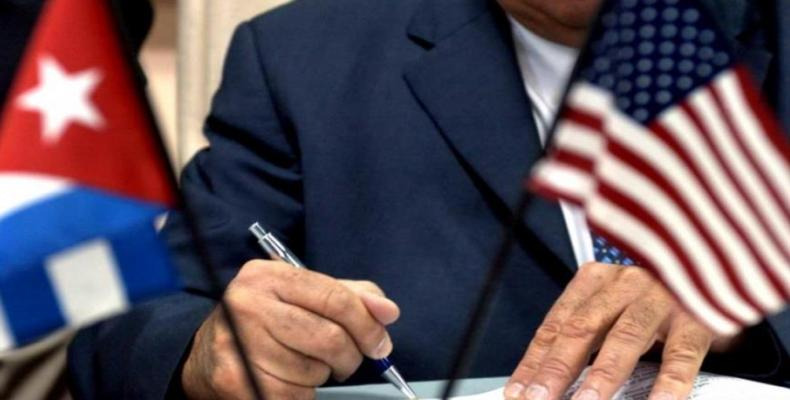 In the most critical stage of COVID-19 in the United States, under the administration of then President Donald Trump, several U.S. sectors demanded collaboration with Cuba to confront the virus, given the positive performance of the Caribbean nation and the ravages caused by the disease in the United States.

For example, the Labor Council of the western state of Washington, which represents more than 600 local unions, demanded Congress and the President to lift the restrictions on access to the successful methods and drugs produced in Cuba, such as Interferon, to face the pandemic.

State authorities, legislators and personalities from different spheres also expressed their support. However, Trump not only ignored those claims, but in the midst of the world health emergency, he adopted new measures against the Cuban people.

The request of the Americans was maintained and just days before Joe Biden becomes president, in January 2021, several voices were raised in favor of cooperation between the two nations for mutual benefit.

Thus, the Seattle City Council, in a resolution, highlighted Cuba's long history of medical assistance to other states, under the slogan that medical care is a human right.

In just over a year in the White House, Biden has received multiple requests along this path. Recently, 26 Democratic senators asked to review the policy towards the Caribbean nation to help the international distribution of Cuban anti-virus vaccines, in a clear recognition of their efficacy and potential.

But as stated by Foreign Minister Bruno Rodriguez, the U.S. president does not have his own policy towards the archipelago and is following in the footsteps of the previous administration.

Biden, like his predecessor, leaves aside, among other things, Cuba's achievements in the face of the disease caused by the new coronavirus, which also affected us strongly at a certain moment, but which has been possible to control, thanks to the measures adopted and the vaccination campaign carried out with our own immunogens, as a result of the high degree of development of Cuban biotechnology.

Achievements recognized as we can see in the United States and worldwide. Last November, the prestigious Nature magazine highlighted the success of the Cuban strategy to develop its immunogens against COVID 19 and not to wait for the rest of the world to face the great challenge.

The publication emphasized that the bet on Cuba gave results and it was even possible to immunize the pediatric population, with excellent results.

A remarkable achievement also highlighted in recent days by The Washington Post, which described Cuba as a pioneer in child vaccination, and compared this result with the fact that it is now finally when the United States authorizes this step for children under five years of age.

The U.S. newspaper points out the obstacles that our country had to overcome in the face of the coercive measures imposed by Washington.

The world and representatives of the U.S. society, among them researchers, highlight the progress made by Cuba, which can favor other peoples, including the U.S. one. Unfortunately, however, the Biden administration is moving in the opposite direction.