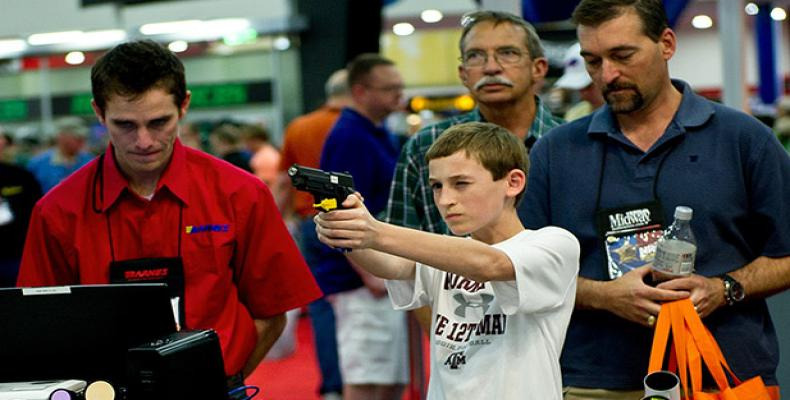 The "gun culture" in U.S. society is a sick reflection on a decaying way of life -- or should that be death?

The U.S. Supreme Court, the highest court in the country, dealt a devastating blow to the hopes of those who aspire to greater control over the purchase and carrying of firearms, which cause tens of thousands of deaths and injuries every year.

In a controversial decision, the nine magistrates of this judicial body decided by a vote of six to three to annul a New York State law, where limits were placed on the application for a license to carry a gun in public.

According to local authorities, a person had to demonstrate a particular need to carry a gun before being authorized to do so, but according to the Supreme Court, this violated a right enshrined in the Second Amendment to the Constitution.

It is a ruling that clearly favors the interests of manufacturers and sellers of pistols, revolvers and rifles, an activity that generates billions of dollars in profits, but which is also responsible for the death of a large number of innocent people of all ages.

The so-called "gun lobby" argues that commerce should be separated from the use to which these items are put, a fallacious and specious argument.

The governor of New York, Kathy Hochul, called this verdict a "black day" and she is right, especially because the Court's rulings are not only unappealable, but also establish jurisprudence, that is, they oblige all other courts in the nation to respect them in similar cases.

This means that bans or limits on the purchase and carrying of firearms that were adopted in other states, such as California, Hawaii, Maryland, Massachusetts, New Jersey and Rhode Island, will be appealed and inevitably eliminated.

The decision comes at a time when the effects of painful massacres, such as the one that occurred in a Texas elementary school, where 19 children and two teachers were killed by a young man who legally bought two assault rifles a few days after his 18th birthday, are still latent.

On the main façade of the Supreme Court building in Washington is inscribed the motto: "Equal Justice Under Law," which was supposed to guide the justices' decisions at all times.

Evidently the six justices who gave a free hand to the circulation of arms in the country and its deadly consequences, never read, or did not understand this principle at all, which is not strange in a place where money is above the life and safety of the people.