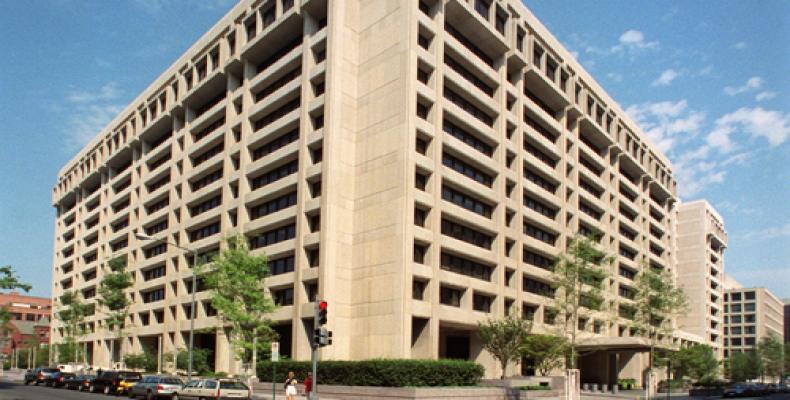 Sanibel, January 8 (RHC)–- The restoration of diplomatic relations between Cuba and the United States unlocks new prospects for the island’s economy. Some steps, including the removal of the US trade embargo, are prohibited by the Helms-Burton Act, adopted by the US Congress in 1996. But the renewal of Cuba’s membership in the International Monetary Fund is a real possibility, pointed out a former IMF historian in an article published by Project Syndicate website.

Cuba was one of the IMF’s 40 original members. It was involved in much of the preliminary planning for the 1944 Bretton Woods conference, and had an active delegation there. As early as 1941, Cuba worked together with other Latin American countries in an unsuccessful attempt to establish a monetary role for silver, alongside gold. Later, it helped to secure greater voting rights for small states and a special status for Latin American countries on the IMF Executive Board.

After Cuba joined the IMF (and the World Bank) in 1946, it played a positive role in the Fund for the next 12 years. In 1954, it became the tenth country to accept the full obligations of the Fund’s Article VIII, eschewing the use of foreign-exchange restrictions on international trade. In 1956, it took a routine loan from the Fund, repaying it the following year. And then the trouble began.

In 1958, the government of President Fulgencio Batista borrowed a small amount from the IMF: $12.5 million, equivalent to 25% of Cuba’s quota. The terms of the loan called for Cuba to repay it within six months; by then, however, the government was close to collapsing.

After Fidel Castro’s forces overthrew the Batista regime in January 1959, the new government repeatedly sought to postpone repayment. But when the balance due was still outstanding in 1963 (with interest charges piling up), the IMF’s rules required its managing director to take action that would prohibit further use of the Fund’s resources. That process dragged on for several months, until Cuba renounced its membership in 1964. Nonetheless, over the next five years, the Cuban government gradually repaid the full amount due, including all interest charges.

After the U.S. trade blockade was imposed in 1960, Cuba became heavily dependent on the former Soviet Union and other socialist countries in eastern Europe for economic support. When the Soviet Union collapsed in 1991, the end of reliable trade and financial backing threw the Cuban economy into a severe recession (named in Cuba “Special Period”), which abated only after the government relaxed some restrictions on private enterprise. In an effort to strengthen economic relations with a broader range of countries, the Castro government then began putting out feelers toward the IMF.

In 1993, Cuba invited an IMF official, Executive Director Jacques de Groote, to visit Havana for secret meetings with Fidel Castro and other senior officials. De Groote offered advice on a personal basis and provided documents and other information about how the Fund operated and what it could offer. That led to further contact, at a lower level, and eventually to a request for technical assistance from the IMF. The Fund, bowing to opposition from the US, declined the request. And there the matter rested.

It is impossible to know whether the Cuban government was interested in rejoining the IMF in the 1990s. What is clear, however, is that any effort in that direction would have been futile. Approval of a membership application requires a simple majority vote by the IMF Board of Governors. Opposition by the US, which controls approximately 17 percent of the vote, would not in itself be decisive. But many countries – even some that would normally be receptive to a Cuban application – would be reluctant to cross the U.S. For example, when former socialist Poland applied to rejoin the IMF in 1981, US opposition induced the Fund’s managing director not to bring the matter before the board; no vote was taken until the U.S. dropped its objection.

To be sure, Cuba might initially decide not to apply. Joining the IMF would give it access to information, advice, and hard-currency loans; but it would also require the government to divulge data on the Cuban economy.

At some point, however, it is likely that Cuba will want to renew its membership, at which point the outcome will hinge on the US position. The Helms-Burton Act requires the U.S. Treasury Secretary to “instruct the United States executive director of each international financial institution to use the voice and vote of the United States to oppose the admission of Cuba as a member until the President submits a determination under section 203(c)(3) that a democratically elected government in Cuba is in power.” But, though the law requires the U.S. to vote against Cuban membership, the US does not have a veto. Absent U.S. pressure on others to follow its lead, there would be nothing to stop the rest of the board from approving Cuba’s application.

Under President Barack Obama, the U.S. is on record as favoring Cuba’s reintegration into the world economy. The U.S. could further that objective by letting it be known diplomatically that it will not object if others allow Cuba to return to the IMF.

****
James M. Boughton, a senior fellow at the Center for International Governance Innovation (CIGI), is a former historian of the International Monetary Fund.