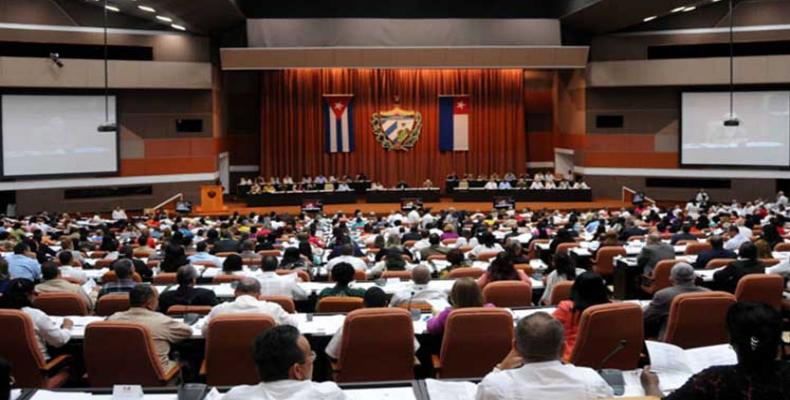 The deputies of the National Assembly of Popular Power are elected by the delegates of 169 municipal assemblies, who have been elected by the people in more than 12,000 small voting districts throughout the country, where the people cast secret votes for one of two or more candidates that have been placed on the ballot following a series of neighborhood nomination assemblies. Since the system was established in 1976, the voter participation rate in the elections to the municipal assemblies has ranged from 85 to 95% of the population of voting age, 16 years of age or older.

The National Candidacy Commission plays an important role in the October 10 elections. The Commission conducted interviews with the deputies of the National Assembly from September 18 to September 22, in order that the Commission would know of the deputies’ preferences for the offices of President and Vice-President of the Republic and the officers and members of the Council of State. On the basis of this consultation, the National Candidacy Commission will submit a list, with a name for each position, to the National Assembly for its consideration in the October 10 elections. The National Candidacy Commission consists of representatives of the mass organizations of workers, neighborhoods, women, farmers, and students; all of the representatives on the Commission are designated by the mass organizations themselves, all of which are characterized by internal democratic structures, in which direct elections are held at the base, with indirect elections for higher positions of authority in the organization. I always have interpreted the important role of the mass organizations in electoral as well as legislative processes to be a reflection of the Cuban desire that government officials, once elected, do not start acting like politicians.

The Communist Party of Cuba also plays an important role in the Cuban political process. As the educator of the people, it frames and influences public debate. However, the Party does not participate as such in the electoral process. It does not nominate candidates to the municipal and national assemblies or the executive branch. If it wants to propose a law, it has to submit the law to the National Assembly. In addition, membership in the Party is not required to be elected as a delegate to a municipal assembly or a deputy of the National Assembly.

As the Cuban political process has evolved over the years, it has generated political stability as well as high-quality public debate that leads to consensus with respect to issues of importance to the people and the nation. The process is aided by the fact that the elections to the municipal and national assemblies do not have campaigns like those of the representative democracies. Without the need to attain the support of large campaign contributors to sustain their political careers, the delegates and deputies are free to attend to the needs of the people and the nation. As a result, public debate is not distorted by particular vested interests and the politicians who represent them.