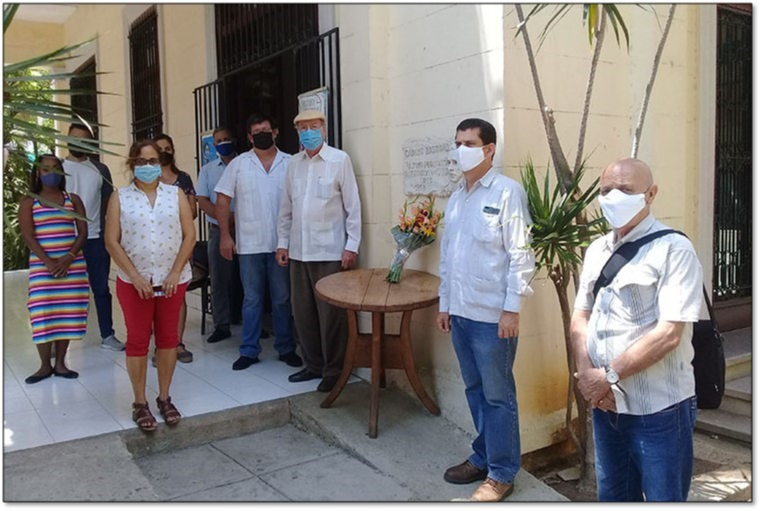 Havana, May 15 (RHC)-- The Cuban Association of the United Nations (ACNU) and the José Martí International Institute of Journalism paid tribute to Ecuadorian journalist Carlos Bastidas, who was assassinated 63 years ago by the Fulgencio Batista dictatorship.

Bastidas arrived in Cuba in 1958 and spent two months in the Sierra Maestra where he interviewed Commander Fidel Castro and participated in several broadcasts of Radio Rebelde.

He did not come to this country to consecrate himself, despite being only 23 years old.  He had great experience and had already covered other events such as the fall of the dictatorships of Gustavo Rojas Pinilla in Colombia and Marcos Pérez Jiménez in Venezuela, said journalist Pedro Martínez Pírez.  He recalled that during his stay in the Sierra Maestra he coincided with the Argentinean Jorge Ricardo Masetti, founder of Prensa Latina.

Those who remember Bastidas, such as Brigadier General Delsa Esther Puebla, emphasize that he was not only a reporter, he was one of the combatants, and his broadcasts on Radio Rebelde always placed him at the side of the Revolution, she said.

The young Ecuadorian was assassinated in Havana by a hitman of the Batista dictatorship on May 13, 1958.

Fermín Quiñones, president of the ACNU, declared that today journalism continues to be a risky profession in countries with extreme right-wing regimes and cited the examples of repression in Colombia and Israeli repression against the Palestinian people.

During the ceremony, a wreath was placed in front of the plaque unveiled three years ago at the José Martí International Institute of Journalism to perpetuate the memory of the Ecuadorian journalist.

The tribute took place with a reduced presence due to the COVID-19 pandemic and among the participants was Roberto Bastidas, nephew of the journalist.