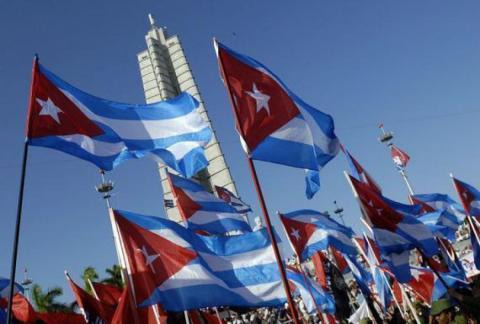 Havana, June 8 (RHC)- The Cuban Embassy in Brussels has issued a statement regarding a debate on the European Parliament on alleged human rights violations on the Caribbean island. RHC´s brings you the full text of the statement, taken from the Foreign Ministry website.

Brussels, 7 June 2021.  The European Parliament has scheduled for Tuesday 8 June an artificial debate on what it is pleased to call “the political and human rights situation in Cuba” If this body indeed decides to discuss Cuba, the debate should clearly center on the massive, flagrant, and systematic violation of the human rights of the entire Cuban population resulting from the genocidal, immoral and illegal economic, commercial and financial blockade maintained by Washington against our country for over 60 years.

We wonder whether the promoters of this farce would be willing to demand of the US government the cessation of a policy which, up to the end of March 2020, represented cumulative damages to the Cuban economy totaling US $144,413,400,000. Are they similarly willing to defend the European individuals and companies affected by the increasing territoriality of the blockade? Would they be prepared to request their American opposite numbers to repeal the Helms-Burton Act? Are they going to demand the elimination of the 243 measures imposed by ex-president Donald Trump, which the present US administration has left in place?

It is shameful that a group of MEPs has promoted the inclusion of this topic on the European Parliament’s agenda. Europe’s electors and the international community would expect this body to be objective and impartial, rather than act with selectivity and double standards, when examining questions relating to human rights in a world so turbulent, where there are daily occurrences that touch the universal conscience and about which the European Parliament has maintained and maintains a complicit and immoral silence.

It is an affront to human dignity that issues such as racism, discrimination and the increasing xenophobia present in Europe are not debated in depth by the parliament. Also deeply offensive are the biased approaches by right-wing positions in the assessment of situations in Latin America and the Middle East. It is an extreme insult and breach of ethics to criticize Cuba, a country that guarantees the right to life and is an example to the world of solidarity and cooperation in matters of public health, education and other basic aspects of human rights.

The political motivation for this anti-Cuban charade is obvious; it is promoted primarily by Spanish MEPs who share nostalgia for Franco-ism and coups d’etat and forget that Cuba has not been a Spanish colony since 1898. They do not realize that the Cuban people liberated themselves forever on 1 January 1959 and, in full exercise of their right to self-determination, voted in a referendum on 24 February 2019, with a vote of 86.5% of the electors, for a new constitution whose first precept is that “Cuba is a socialist state of law and social justice, democratic, independent and sovereign, organized with all and for the benefit of all as a unitary and indivisible republic, founded on work, dignity, humanism and the ethics of its citizens, for the enjoyment of freedom, equity, equality, solidarity, wellbeing and individual and collective prosperity”

Their obsession with Cuba has an explanation: it reflects the same agenda of those who, from the United States, have sought for more than 60 years to defeat the Cuban Revolution. They cannot accept the existence of a people which does not bend to their will and withstands a severe blockade, criminally intensified in the midst of a global pandemic.

Neither can they admit that, despite all the difficulties, a small Caribbean nation has been able to produce not one but five candidate vaccines, with enough production capacity to immunize the entire population by the end of this year and contribute to the vaccination process in other developing countries. Those who have promoted this inglorious debate are wilfully ignoring a tremendous achievement.

These MEPs set about silencing, concealing and misrepresenting the example of Cuba in every possible way. Accordingly, in this new charade, some of them will try to portray a reality unknown to millions of Cubans, but which is reflected in the headlines of the great, global hegemonic press, and echoed in the Miami press and the mercenary media that follow its lead.

As confirmed in the denunciation by the International Relations Commission of the National Assembly of the People’s Power: “These actions come as no surprise to us, they reflect the double standards, the discriminatory approach that is their hallmark”.

With this anti-Cuban maneuver, they are seeking, moreover, to undermine Cuba-EU bilateral relations and scuttle implementation of the Political Dialogue and Cooperation Agreement between Cuba, the Union and its member states. The promoters of this regrettable farce and misguided political maneuver are well aware that the Agreement is being successfully implemented and that there is clear political will on both sides to continue building bridges between our peoples and governments by this means, despite the existing differences, and in complete compliance with the bases and principles approved under the Agreement and endorsed by the European Parliament in its consenting resolution of 5 July 2017.

All they achieve with such actions - the promoters of this farce and those who support them - is to tarnish even further the image of this “home of European democracy”. The Cuban people will continue to decide their own destiny, without interference of any kind, on a free, independent, and sovereign basis.

(Cubaminrex- Embassy of Cuba in Brussels)