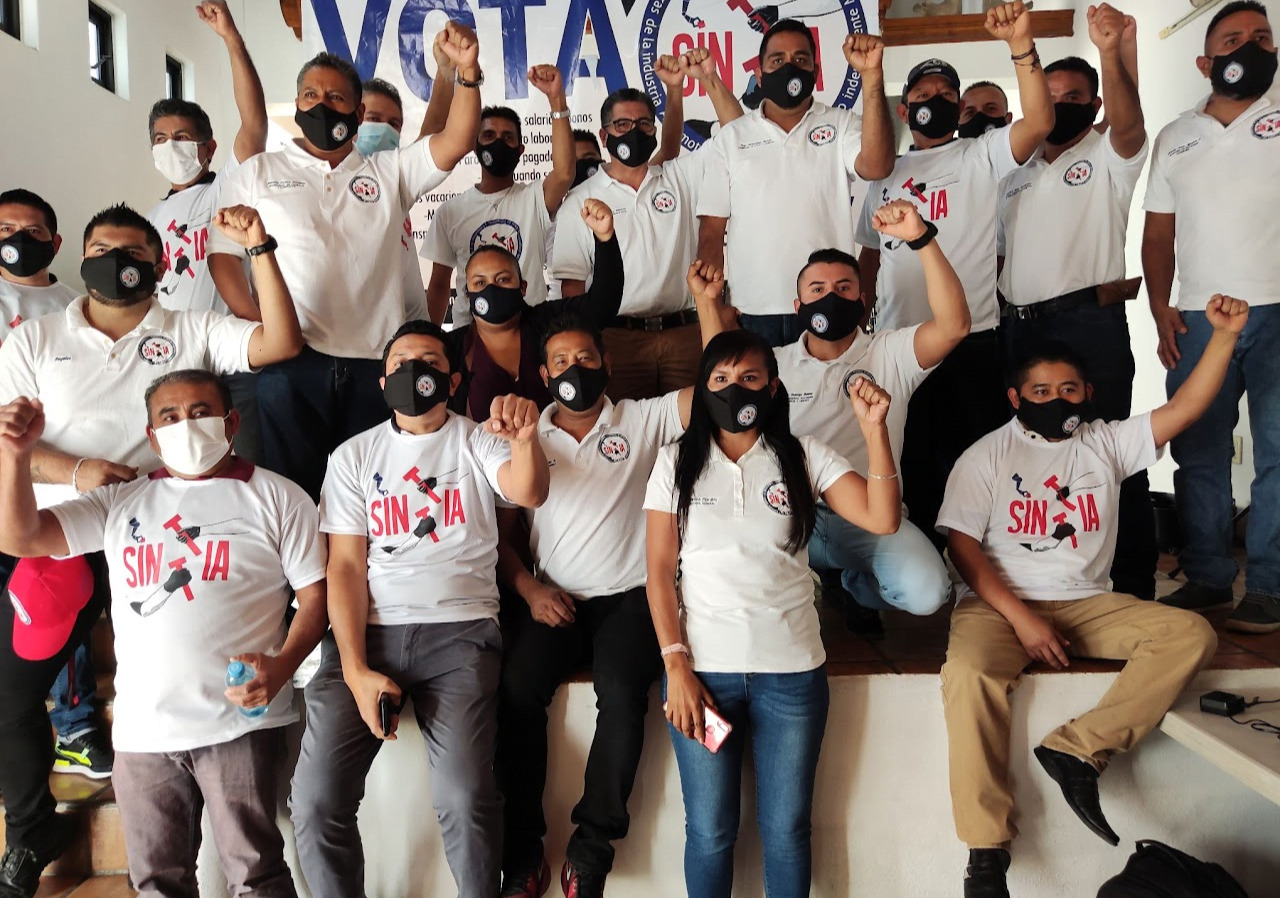 In a historic victory, the workers voted last year to be represented by an independent union.  Now they have a contract

An independent union at General Motors in Silao, Mexico, has ratified its first contract, with an 8.5 percent wage hike and benefit improvements — outstripping recent wage increases at other Mexican auto plants.

The contract comes after workers voted last year by more than 3 to 1 to be represented by the National Independent Union for Workers in the Automotive Industry (SINTTIA) workers, ousting an employer-friendly union affiliated with the Confederation of Mexican Workers. The CTM has long dominated the Mexican labor movement and signed bad contracts behind workers’ backs.   “We obtained good results for our first negotiations,” said SINTTIA President Alejandra Morales.

Silao workers in the central Mexican state of Guanajuato build the highly profitable Chevrolet Silverado and GMC Sierra pickups.  Yet their wages and benefits have lagged far behind those achieved by independent unions at the Volkswagen and Nissan plants in Mexico — and even those signed by CTM affiliates at GM’s two other Mexican assembly plants.  Before the new contract was signed, the Silao workers earned about $2 an hour on average.

Morales said the new contract brings them close to the level of GM’s San Luis Potosí plant, although wages still lag behind the GM factory in Ramos Arizpe.

“It’s a big step forward, although of course the workers had hoped for more, because the conditions in that plant have been terrible,” said Héctor de la Cueva, coordinator of the Center for Labor Research and Union Advice (CILAS), which has been advising SINTTIA. SINTTIA had initially demanded increases of 19.2 percent, with the company countering with 3.5 percent.

Wages for Mexican auto workers are still just a fraction of those made by their counterparts in the U.S. and Canada. Workers at GM’s Fort Wayne Assembly in Indiana, for example, earn $18 to $32 hourly building the same vehicles as the Silao workers.

“The unions led by charros [the term for corrupt, politically connected, and often violent Mexican union leaders],” said Morales, “always negotiated low salaries and low benefits — some even against the law — so this influences all of the country.”

Nearly 87 percent of the plant’s 6,500 workers voted on the new two-year contract, with 85 percent voting in favor.  As with other contracts in Mexico, salaries will be reviewed yearly.

In addition to boosting wages, workers won a 14 percent increase in pantry vouchers.  They also got Christmas Eve off and a much-improved quarterly production bonus, which rose from $25 to $80. The union said that these and other benefits, on top of the 8.5 percent wage increase, add up to a 13.8 percent overall gain.

Working conditions were awful, according to Israel Cervantes, a GM auto worker fired in 2019 for organizing. Workers put in shifts of 12 hours a day, four days a week, and are allowed just one half-hour break where they must use the restroom, eat their lunch, and drink water.  Cervantes said many workers are out of their home for 14 or 15 hours a day given their long commutes.

Work at the plant is physically taxing and leads to many injuries, Morales said. With the previous union, injuries would not be investigated. Workers were often denied restroom breaks.

When workers spoke up about harassment or the grueling working conditions, they would be fired and put on a blacklist, according to Morales. “No worker has seen the list, but any worker knows that if you speak up, exercise your rights, and are fired for that reason, it is very difficult to obtain employment or be hired from the same company or another similar auto plant,” she said.

SINTTIA is forging a new union culture at the plant. “As opposed to the employer-protection contract that the workers suffered under for many years with the CTM, now, not only do they have a real union, but they also have a real union contract,” said de la Cueva. “Now the company can’t act arbitrarily — they can’t act unilaterally on labor issues.”

To establish a shop floor presence, the union has set up offices in each of the plant’s five complexes. “This is a big change from before,” said de la Cueva. Many workers covered under CTM contracts and others signed by “employer-protection” unions do not even know that they have a union. Now, “it’s permanent direct access to union representatives for all workers,” he said.

SINTTIA is hoping to expand the independent union movement to other auto plants throughout the country. “Our independent union is a national union, which means that workers from different auto plants can affiliate with us,” said Cervantes, who said he’s received calls from workers in Tlaxcala, Queretaro, San Luis Potosí, and Guanajuato.

“International solidarity is going to continue to be important so that SINTTIA can grow and represent more workers in different companies and different plants,” said de la Cueva.

Alejandra Quintero is a graduate student at Cornell University’s Industrial and Labor Relations (ILR) School and an intern at Labor Notes.