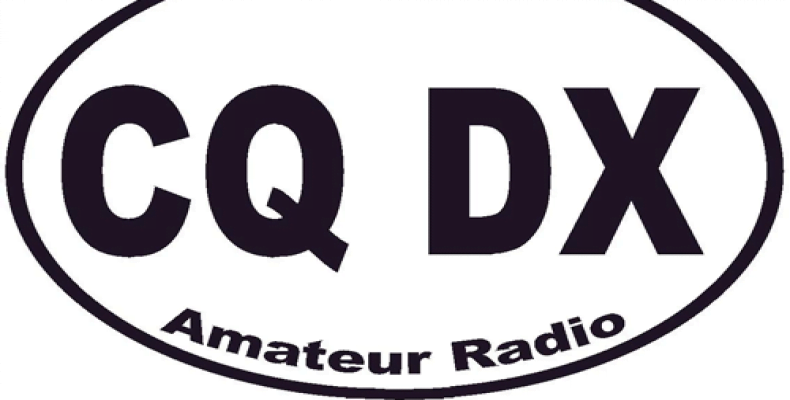 Hi amigos radioaficionados all around the world, now listening to the empty short wave frequencies left in that state recently by the close down of Radio Exterior de España transmissions from the Noblejas, Toledo site that was the only one left of that station. Several comments circulating via the Internet highlight that the supposed replacement for the short wave service via the Internet were not attractive at all, and certainly no match to the professional level of the now lost station.

The numbers used to bring to an end the Radio Exterior de España short wave service included some seven hundred thousand Euro for the electricity used by the Noblejas site, and mention was also made about the cost of the payroll. Despite a late starting campaign by several groups of short wave listeners the signals from Noblejas and relay stations that were under contract abroad came to a halt. Now the question to be asked is if the Noblejas site will be dismantled like it was done to other short wave transmitter stations facilities once the programs were no longer on the air.  I am Arnaldo, Arnie , Coro, your host here at Radio Havana Cuba, that is presenting the weekend edition of Dxers Unlimited our twice weekly feature dedicated to the promotion an development of the radio hobby . Now item two: Fireworks behind the Sun are in progress, as seen by several satellites that keep watch of what is happening on the farside of our nearest star. As soon as one of those active sunspot regions that are producing flares turn into view, we are certainly going to see an increase in the daily sunspot count and also in the solar flux.

Item three: Using an antenna that took less than an hour to build using a toy hula hoop , a length of coaxial cable and a variable capacitor removed from an old radio, I was able to pick many short wave stations with much better signals than those picked up with my little Grundig FR200 portable radio's telescopic whip antenna. The 80 centimeters diameter toy hula hoop serves as the support for the RG58 U coaxial cable, but I also tested a more common TV type of coaxial cable known as RG6 with identical results. The hula loop is supported by a length of one inch diameter PVC pipe that is anchored to a baseplate made from a square of one inch thick plywood, that also serves to support the variable capacitor . The frequency range of the fast to build magnetic loop antenna goes from around four point five to fifteen megaHertz and it tunes very sharply providing much needed additional selectivity for the little portable radio. The coaxial cable that forms the antenna is attached to the plastic pipe hula hoop with cable ties, and the antenna was placed right next to the radio where the Grundig FR200 is used for short wave Dxing . I was very please with the results so far achieved, so plans are now in the works to produce a small illustrated dot pdf computer file that can be sent via e'mail to Dxers Unlimited's listeners around the world that want to build this ultra simple low cost, yet very effective antenna. You can use it indoors as I have done here in Havana, or give it a try at a balcony, sun deck or when going outdoors.

Stay tuned for more radio hobby related informations coming to you from Havana, where our National Weather Service is following the distant track of Hurricane Gonzalo that when I was writing the script of the program Saturday morning it was expected to impact directly on Bermuda.

I will be back in a few seconds amigos....

This is Radio Havana Cuba, the name of the show is Dxers Unlimited, our twice weekly radio hobby program... By the way, as the present Atlantic, Caribbean and Gulf of Mexico enters its final phase, the powerful hurricane Gonzalo reaching category four, will certainly require intensive monitoring of the maritime distress frequencies because all along the track of the huge storm there should be many small and medium sized vessels, including sailing yachts that will have to deal with the very rough weather. Please monitor on the twenty meters amateur band the following frequencies 14325 kiloHertz, where the Hurricane Watch Net operates when a storm is approaching land, also monitor 14300 plus or minus twenty kiloHertz on upper side band voice mode, for possible emergency related traffic. As always radio amateurs around the world volunteer many hours of valuable monitoring and provide relays between ships in trouble and rescue operations.  If you already own a radio receiver capable of monitoring single side band voice signals, remember than above fourteen megaHertz, the upper side band is used, while on the 160, 80 and 40 meters band voice signals from amateur radio stations are heard on the lower sideband.

Item five: Here it is at your request to include it on every Dxers Unlimited show, the popular ASK ARNIE section, that today will be answering a request sent by listener Derrick from Oklahoma , who is seeking advice on buying coaxial cables for his new antennas to be used with his also new amateurs band VHF transceiver that is a dual band rig, for two meters and seventy centimeters band. Well amigo Derrick, by all means try to buy the highest possible quality and low loss coaxial cable, but do not forget to also buy the highest possible

quality connectors and learn how to install them properly. Last but not least is something often overlooked by radio amateurs, and that is the tremendous importance of properly sealing the coaxial cable connectors that are exposed to the weather using the best possible sealing procedures and products. A well protected coaxial cable will provide a very long service life, while an improperly installed coaxial connector will allow humidity to seep into the cable and turn it into a useless downlead in quite a short time. Imagine spending a lot of money for special low loss coaxial cables and just bypassing the essential weather protection measures, that by the way, should be checked periodically for proper sealing. At locations near the ocean where salt spray aerosols are present, the weather

protection measures should be checked more frequently, you will certainly will not like to use a long run of expensive low loss coaxial cable because water leaking into it due to a poorly installed or poorly sealed connector. Professional antenna installations crews develop special skills dealing with the use of different weather protection to be applied at the antennas , especially those that are high up and exposed to severe weather conditions.

And now at the end of the show, a short form HF propagation forecast amigos.....it looks like the next few days of short wave conditions will be dominated by a huge sunspot complex...Scientists say that the large ana active sunspots region was emerging on Saturday UTC day over the Sun's southestern limb, and that it is presumable the return of the old and quite active old sunspot dual complex AR2172 and AR2173, they could send the daily solar flux well into the 180 or higher region !!!.  Send your signal reports and comments about this and other Radio Havana Cuba programs to inforhc at enet dot cu or Via Air Mail to Arnie Coro

Radio Havana Cuba, Havana Cuba... see you all at the middle of the week program next Tuesday and Wednesday UTC days....