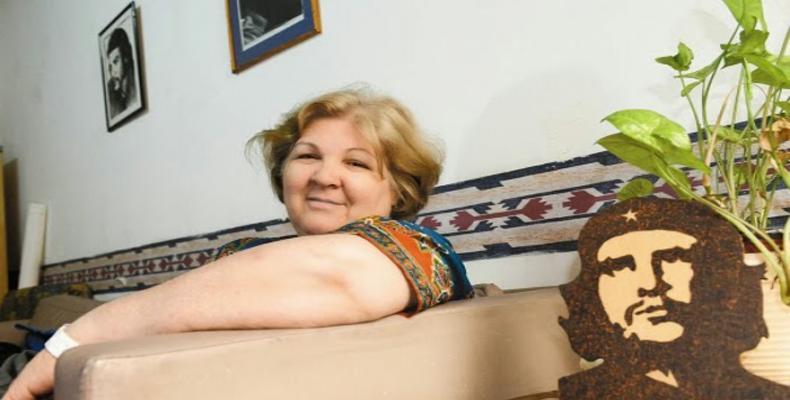 No amount of money can buy a human life, therefore it must never be marketed, Cuban doctor Aleida Guevara said in a recent interview with Russia Today, speaking on the devastating Ebola epidemic in West Africa.

Guevara, who has worked in the field not only in Cuba, but also in Angola and Nicaragua commented on Cuba's current efforts in Africa to prevent Ebola from spreading:

“We sent a brigade of doctors, scientists and health workers, all with the aim to look for a solution for this disease, to try to eliminate this new pandemic that is assaulting humanity.”

Ebola, which has a high mortality rate, was first discovered in 1976 in Zaire – now the Democratic Republic of Congo. There were several outbreaks in following years. The current epidemic is the worst ever recorded, and has killed nearly 7,000 and infected some 16,000 people since it was identified in March, according to the World Health Organization's (WHO) latest estimates.

Doctor Guevara supposes the expansion of Ebola was caused by human impact on the environment.

The source of the epidemic is still unknown, though scientists believe fruit bats can be carriers of the virus. Local people in the affected areas have devastated tropical forests which are home to such bats, forcing them into towns and villages.

“It is a problem about destroying the environment,” she said. “It is beyond poverty. We are killing our planet.”

The UN has called on the world to help fight against the disease. Many countries – including European nations, Russia, and Cuba – have sent doctors and health workers to the outbreak zone.

Several countries are developing vaccines against Ebola. Canada and the US have already started testing their vaccines on humans. Russia also created a vaccine in October, and plans to send it to Guinea next month.

Doctor Guevara stressed that public health should not be a private business.

“Health is a human right,” she said. “If you ask someone how much they would pay to save the life of a child, nobody can give you an amount because there is not enough money to pay for the life of a human being. Something that has no price cannot be on the market.”