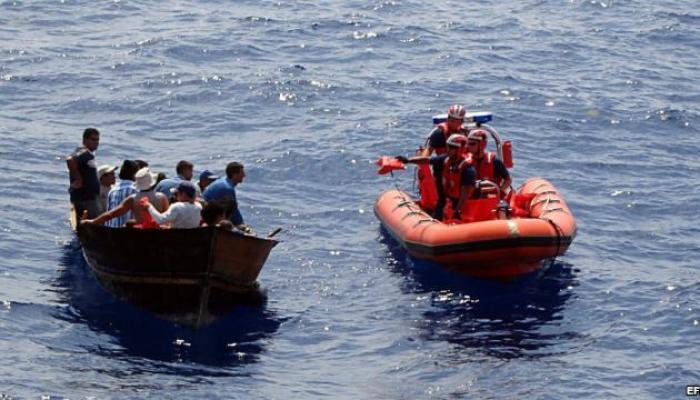 In the wake of U.S. President Obama's move to rekindle diplomatic ties with Cuba, Cuban-American legislators in Washington and local officials in Florida are calling for reconsideration of a once-sacrosanct element of the U.S. foreign policy -- the 1966 law that gives Cubans broader protections than any other immigrants arriving in the United States, according to an New York Times editorial on Monday.

Critics of the law, joined by the hard-line Cuban-American congressional delegation, say it is being abused by recent waves of Cuban arrivals who regularly travel back and forth between Cuba and the United States as economic, not political, migrants.

The law is still popular with most Cubans in Florida. But influential Cuban-American politicians argue that the moves to normalize relations undercut the rationale for the law — that it protected refugees at a time they did not have the option of returning home.

Critics also say the law is being abused by criminals who take advantage of it to ferry money between Cuba and the United States, and then flee to Cuba rather than risk arrest.

“The president’s actions on Cuba have severely undermined the law because he has essentially recognized the Cuban government as legitimate,” said Representative Carlos Curbelo, a newly elected Republican Cuban-American from Florida. He added, “The United States has offered one of the most generous immigration laws perhaps in history, and certainly that is being abused systematically.”

His reservations are shared by other Cuban-Americans in Congress, including Senator Marco Rubio, Republican of Florida, and Senator Robert Menendez, Democrat of New Jersey. But, reflecting the delicacy of the issue among Cubans, the others have not detailed any corrective action.

Their concerns are also shared by the Miami-Dade County Commission in Florida, which recently voted unanimously to ask Congress to revise the law.

“I think the law should be eliminated,” Bruno Barreiro, the commissioner who sponsored the resolution, said the week before the vote. “How can someone claim to be politically persecuted, have a special path to residency and citizenship, and a year and a day after being here travel back to Cuba?”

The commissioners’ position reflects a divide between many recent and older immigrants from Cuba.

For now, the law stands, and Obama administration officials say they do not intend to weaken it. Nor are there plans to modify a 1995 immigration policy that allows the United States Coast Guard to return to Cuba the Cubans it stops at sea, unless they claim political persecution. Under this “wet feet, dry feet” approach, those who make it to the U.S. soil can avail themselves of the Cuban Adjustment Act.

Because it is a law, Congress can repeal the adjustment act, but not easily. It can do so only after the president has determined that a “democratically elected government in Cuba is in power.”

The law also remains a matter of contention between U.S. and Cuban officials. During recent negotiations in Havana, a Cuban official said the law tempted Cubans to risk their lives at sea, enriched smugglers and siphoned away Cuban professionals.

U.S. officials shrugged off the complaints. “We explained to the Cuban government that our government is completely committed to upholding the Cuban Adjustment Act,” said Alex Lee, the State Department official who was in charge of the migration-related portion of the talks.

But immigration analysts said the law had become increasingly difficult to defend because it so clearly favored Cubans over other would-be immigrants facing repression and oppression in their home countries.

With the possibility of an immigration debate in Congress this year, the law is now an easier target for Republicans eager to crack down on immigration, and for lawmakers from agricultural states who want the blockade lifted to facilitate exports to Cuba. A bipartisan group of senators introduced a bill on Thursday to lift all travel restrictions to Cuba.

“The law is an outlier,” said Guillermo J. Grenier, a sociologist at Florida International University. “It just hangs out there begging to be hit like a piñata.”

Cuban immigration to the United States continues to grow, with 20,000 Cubans a year arriving legally with visas. Thousands more reached the United States in the past year by the Mexican border, by plane or by sea.