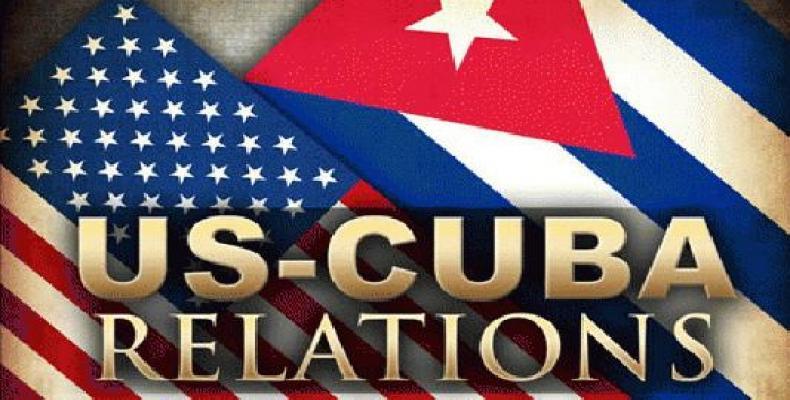 The United States and Cuba on Wednesday announced an agreement to open embassies in each other's capitals to formally re-establish diplomatic relations for the first time since 1961.

The Cuban government made the announcement through a communique, in which it insists that once diplomatic ties between the US and Cuba are finally re-established, the full normalization of bilateral relations will indisputably require, among other things, the lifting of Washington's blockade against Cuba.

The Cuban government's communique makes reference to a letter exchange between President Raúl Castro and his US counterpart Barack Obama, with both leaders confirming their determination to move ahead with the re-establishment of bilateral diplomatic ties and the opening of permanent diplomatic missions in each other's capitals, as of July 20th this year.

The official ceremony to open the Cuban embassy in Washington will take place on July 20th, 2015. For the occasion, Cuban Foreign Minister Bruno Rodríguez Parrilla will travel to the US, heading a delegation that will also include other high-ranking officials and personalities.

In his letter to President Obama, the Cuban head of state said that Cuba has taken the decision to re-establish bilateral diplomatic ties inspired by the expressed interest of both governments in developing cooperation relations between our two nations and peoples based on mutual respect.

President Raúl Castro's letter continues: “Cuba also draws inspiration from the principles enshrined in the UN Charter and International Law, particularly those dealing with sovereign equality and the peaceful resolution of disputes.

It is also essential that the countries refrain from resorting to threats or the use of force to violate either the independence or the territorial integrity of any state and that they do not interfer in the internal affairs of other states.

Other important principles include the promotion of friendship relations between countries based on equal rights, strict respect for the self-determination of each and every people and cooperation in finding solutions to common problems and others of mutual interest with full respect for human rights and fundamental freedoms.

All this is in full conformity with the spirit and norms stipulated in the Vienna Convention on Diplomatic Relations of April 18th, 1961 and in the Vienna Convention on Consular Relations of April 24th, 1963, of which Cuba and the United States are both signatories. These same norms and spirit will govern the diplomatic and consular relations between the Republic of Cuba and the United States of America.”

The letter sent by the Cuban president to his US counterpart concludes by expressing Cuba's recognition to the current US administration and specifically to President Obama for making possible this rapprochement between the two countries.