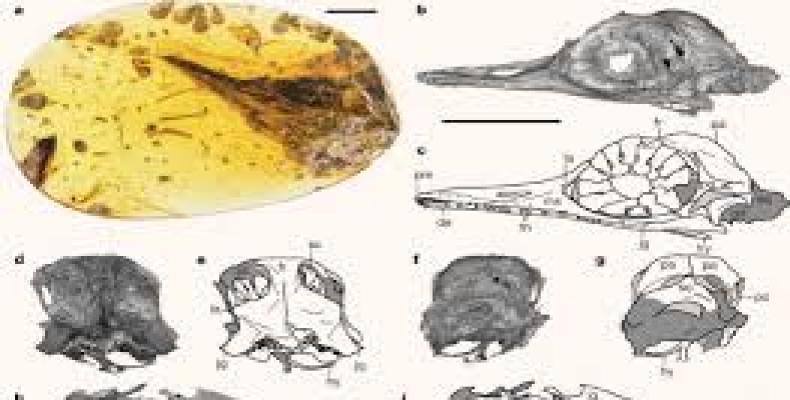 The amber, discovered in northern Myanmar, was believed from the late Cretaceous period. The skull inside it measured about 14 mm long, with a sharp beak, dense teeth and large eye sockets, team leader Xing Lida, an associate professor with the China University of Geosciences, announced in Beijing on Thursday.

"Judging from the size of the skull, the dinosaur may be smaller than the smallest hummingbird, Mellisuga helenae, which is 5.5 cm long and weighs 1.95 grams," said Xing.

Other members of the team include Luis Chiappe with the dinosaur institute of the Natural History Museum of Los Angeles County, and Ryan McKellar with the Royal Saskatchewan Museum in Canada.

Their findings, which are significant for the evolution research of small animals, were published Wednesday local time at the journal of Nature.

The project was funded by the National Natural Science Foundation of China and the National Geographic Society of the United States.