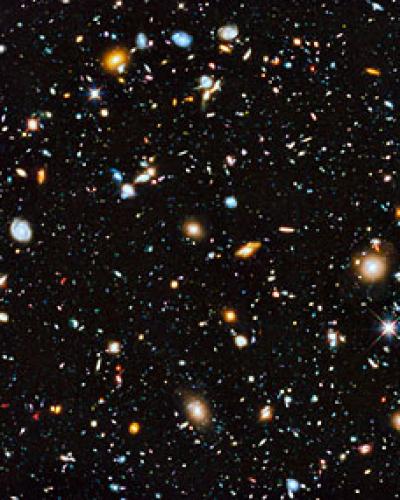 A study jointly conducted by researchers from eight countries has uncovered the origin of Lyman-alpha blobs (LABs), the enormous clouds that emit mysterious ultraviolet radiation.

The study, which can shed new light on the origin of galaxies, has been published in the journal Nature Astronomy, according to the Purple Mountain Observatory (PMO) of the Chinese Academy of Sciences.

The study focused on Lyman-alpha blob 6 (LAB-6), whose light was emitted 10.7 billion years ago. The researchers discovered a unique feature of LAB-6 -- its hydrogen gas appeared to fall inwards on itself.

The infalling gas was low in abundance of metallic elements, suggesting that the LAB's infalling hydrogen gas originated in the intergalactic medium, rather than from the star-forming galaxy itself.

"The infalling gas can be closely related to the formation of galaxies, and may contain key information about the evolution of galaxies," said Ao Yiping, a researcher with the Purple Mountain Observatory and the lead author of the study.