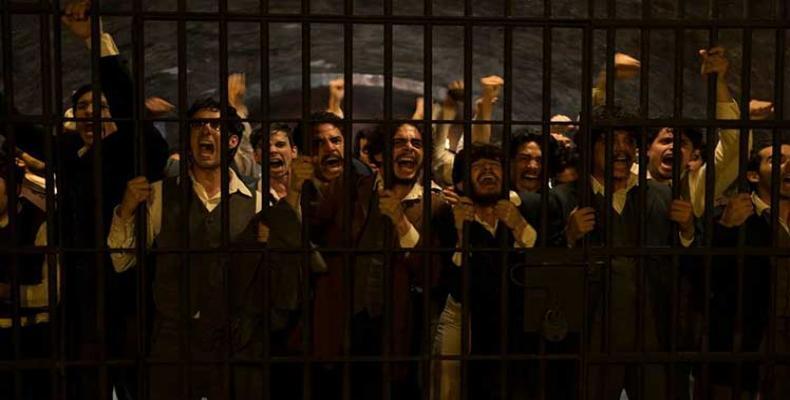 The Coral awardees are Alejandro Gil for Inocencia (Innocence), Arturo Soto for Nido de Mantis (Mantis Nestle) and Fernándo Pérez and Laura Cazador (from Mexico) for Insumisas (Unsubmissive), who won the prize in the category of direction of full-length fiction movies.

In the thriller Nido de Mantis or Mantis Nestle, Arturo Sotto deals with a love triangle between two men and a woman throughout 30 or 40 years. In August, 1994, the three appear dead and the presumed criminal is the woman’s daughter, a girl who was in the house when the events took place and evidently knows the depths of the crime of passion.

In Unsubmissive, Cuban director Fernando Pérez and Mexico’s Laura Cazador take the audience on a tour of the eastern Cuban city of Baracoa in 1819 to tell the story of Enrique Faber, a Swiss doctor who marries a simple girl whom he has cured. After many years the true identity of Faber is revealed, he is not a he, he is a she, shaking the world of the city’s conservative dwellers.

Other awards include the Coral Prize in the category of full-length fiction film given to Pájaros de Verano (Summer Birds) by Ciro Guerra and Cristina Gallego; on the other hand, the short-length fiction film award was presented to Arcángel (Archangel) by Ángeles Cruz from México, while Carlos Reygadas, director de Nuestro tiempo (Our Times) a movie from 2018, received the coral for the film Archangel, termed by specialized critics as ‘visionary and problematic.’

In best script the prize went to Carlos Sorín for Joel, the best female performance in the fiction category went to Ilse Salas for the Mexican movie Las niñas bien, while the best male actor was Lorenzo Ferro for the Argentinian production El Ángel (The Angel).