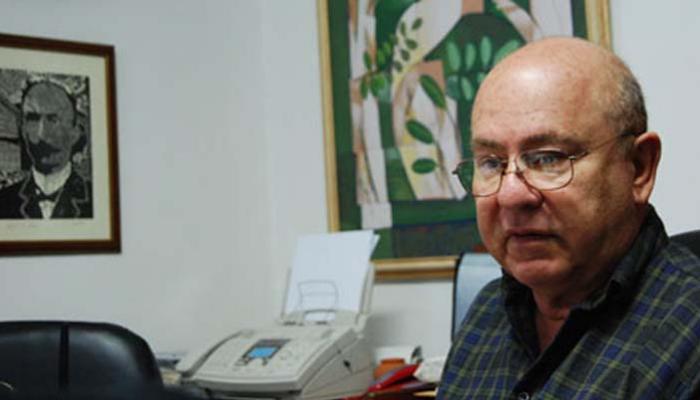 Havana, August 6 (RHC) – The Brazilian Writers Association has presented Cuban poet and ethnologist Miguel Barnet with the Jorge Amado Medal – the entity’s top award. The medal recognizes Barnet’s literary work and his role as a representative of the culture of a country subject to the most implacable blockade against the island by the governments of the United States, says the association’s declaration.

Brazilian Writers Association President, Durval de Nogueiras Goyos Jr., traveled to Havana, carrying a message of solidarity of his country’s writers who reject the current Brazilian and US President’s alignment in their anti-Cuban policies. At the award ceremony held at the Cuban Writers and Artists Association -UNEAC-headquarters, Nogueiras recalled that the organization he chairs, as early as in 1960 and at Brazilian writer Jorge Amado’s initiative, publicly expressed support for the Cuban Revolution’s independent path and denounced imperialist aggressions against the Caribbean country.

He added that Brazilian writers recognize Barnet as the most important Cuban living writer, the foundational influence of his novel Biography of a Runaway Slave, his contributions to the development of testimony, his work’s strong anthropological impact and the dignity with which he has defended Cuban culture everywhere. Upon thanking his Brazilian counterparts for the decoration, the Cuban poet explained that he found in Amado’s literary works the essence of the mixture and the African legacy in Brazilian society. ‘Between Cuba and Brazil, he pointed out, nothing can be done by those who, in times of neoliberalism and fascism, intend to fracture the historical proximity between our cultures and peoples’.